Rickie Lambert has explained his regrets from his short spell at Liverpool and how irritated he was that Mario Balotelli was picked ahead of him considering his shocking attitude in training sessions.

The Italian was an incredible flop following his £16m transfer from AC Milan in 2014 – and multiple players have explained his embarrassing efforts at Melwood during his year at the club.

Lambert similarly only stayed at Anfield for one season after arriving alongside Balotelli in the club’s miserable attempt to replace Barcelona-bound Luis Suarez.

“It was great,” Lambert told Bristol Live. “I returned to my home city as a different person than when I left. I was a lot more professional of course. And it went okay at first, I scored a couple and was quite happy.

“But I could tell that the players were all shocked at losing Luis Suarez, and how much of their game evolved around him. I was never going to replace someone like that, was I? Going in after him was hard, very hard.

“And then Brendan Rodgers brought in Mario Balotelli and put him in ahead of me, and it done my head in to be honest. I couldn’t understand.

“When he played he did try, and I have come across players with that attitude before, but they are usually good enough to get away with it, but he wasn’t.

“I just didn’t understand how Rodgers was letting him get away with it, and picking him ahead of me. It affected me directly, but it had a negative impact on the team.”

Liverpool’s transfers in the summer of 2014 ruined all of our brilliant work from the 2013/14 campaign.

We signed the likes of Lazar Markovic, Adam Lallana, Dejan Lovren, Balotelli, Lambert and Alberto Moreno – but most were huge flops.

Lallana and Lovren have done quite well in various stages of their careers, but the effects from that window effectively cost Brendan Rodgers his job just over a year later. 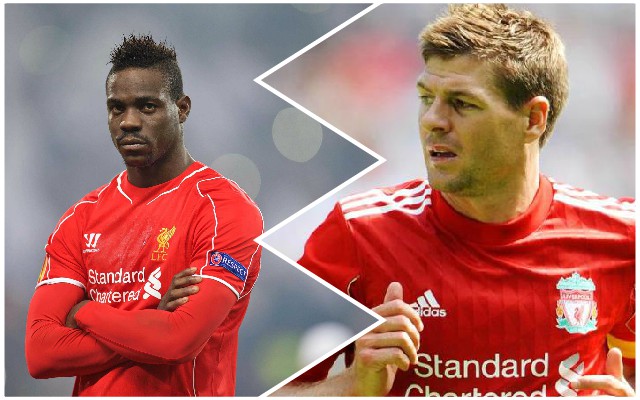