The Moroccan, who plays for Real Betis, uploaded a snap of himself in Liverpool’s red – but deleted it minutes later and told his followers he was hacked.

It seems quite a strange thing for a hacker to do in fairness, especially as the picture was immediately erased and Feddal was in his account minutes later – on top of the fact the picture was quickly tweeted from an iPhone.

Still, who are we to question a player we hadn’t actually heard of until his tweet!?

At 31-years-old, it seems a strange potential target, but we do likely need a Dejan Lovren replacement in the summer and Feddal would arrive on a free. At 6ft.4″, he’s maybe an option for the cup games so Virgil van Dijk can sit out.

Still – we’ll find out it Feddal was hacked or not by if any genuine interest in his services is leaked at a future date.

Not many people seem to believe @zou_feddal in his comments, as they claim it’s strange that he got his account back within minutes, and the ‘hacker’ also posted the picture from an iPhone user.

Whatever it is, there’ll probably be new updates on this later.

You were gassed don’t lie la

Man just got carried away. There’s no way his account was hacked for 10 minutes and only one tweet put out. He just wants the move.

If his account was hacked, there is no way he gets it back in minutes…

He’s 31, unless on a free it’ll never happen and even then unlikely 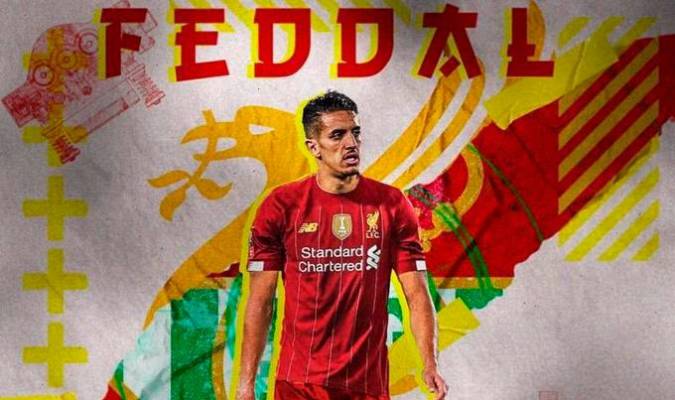 LFC target Feddal posts picture of himself in our kit, but then angrily claims Twitter account hacked