Liverpool’s owners have been very clear with Jurgen Klopp and have told him there is nothing to spend this summer, according to Jan Aage Fjortoft.

The former Premier League striker turned journalist made the claim on the Gab & Juls Podcast on ESPN – telling listeners his information came from someone at the club he ‘trusts very much’.

You can read the quotes below: 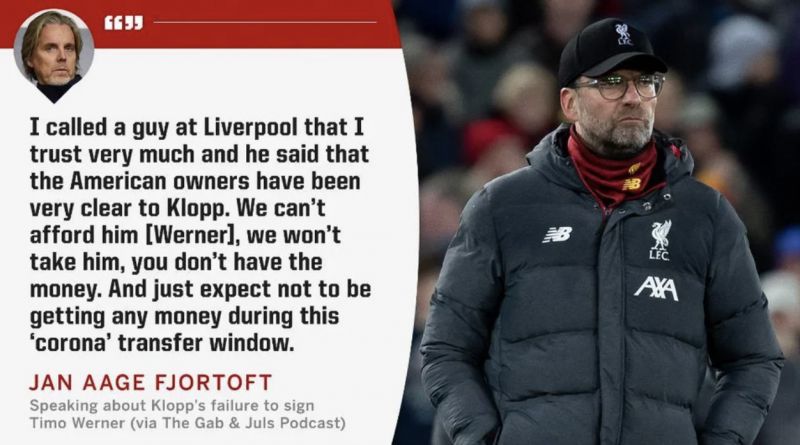 The fact we’ve allowed Chelsea a free run at Timo Werner, despite the fact the striker was clearly Klopp’s primary target, suggests these quotes are potentially true.

But instead of ridiculing FSG, we need to appreciate the position we’re currently in – European Champions, World Champions and in a few weeks’ time, Premier League Champions.

Klopp is the overriding factor in our success, but it’s not the fact that he’s done it in spite of the Americans – but as part of their sustainable project.

They’re building a new training ground as per Klopp’s request and will not be selling anybody this summer. We’re not in a bad position – by any stretch of the imagination.