A woman has made an allegation of sexual assault against a Liverpool player.

At the moment, it is not our role to play detective and start blaming the accuser or the alleged perpetrator, and for this reason – we have left the names of both out of this story.

Below, is a screenshot of the accusation, which can be found on Twitter, and has naturally caused a very big stir – but we stress – we’re against the assumption that it is all lies because it’s a Liverpool player, but will similarly not suppose guilt without proof. Both viewpoints are circling the internet.

The claim being made is that said player lied to the woman about calling a taxi after a party in Formby earlier this year – and then made unwanted sexual approaches to her, to the point she locked herself in the toilet in a bid to get away.

She then claims the player’s agents contacted her to apologise, and that the police, despite her submitting her evidence, threw out the case because it would be her word against his.

It is not an enjoyable thing to report in as Liverpool fans, but it’s our job to provide information about the club – and not solely act as a propaganda arm of the team we love.

Nobody has been proven guilty, in any way shape or form, but as the story is now out there and we think it’s best to approach it head on and without emotion.

The club’s reputation matters to us. As does anything that might affect performance on the pitch. And these accusations are disruptive so they either need to be proved inaccurate or else it must be dealt with by Liverpool. 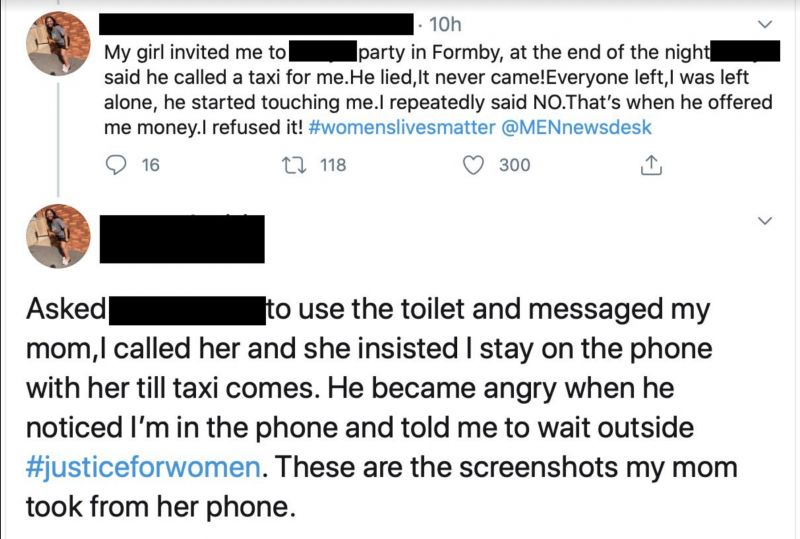