Liverpool buying Thiago has been described as ‘unlikely’ by Paul Joyce, a figure always trusted when it comes to Anfield transfer news…

The Spaniard has been consistently linked to Liverpool in recent weeks, despite the story making little sense to us due to the player’s age, injury history and the fact he’d come into a packed area of the squad.

“Meanwhile, Liverpool are unlikely to target Bayern Munich midfielder Thiago with Klopp playing a straight bat to the subject…” Joyce wrote in the Times.

‘Thiago is a really good player, like a lot of other players out there who I like a lot,’ Klopp added. ‘But that is all I have to say about it.'”

The Premier League title has been wrapped up, and the five games remaining offer Liverpool a chance to chase 104 points – but apart from that – fans are eagerly anticipating if the squad will be bolstered before the new campaign.

From what we’ve heard, nothing major will be done and Thiago seems like a bizarre story which we can only see happening if one of either Gini Wijnaldum or Naby Keita depart.

The former has yet to pen new terms, but we imagine Gini’s new deal will be announced during the summer and be considered a new signing by the club.

After all, the finances involved in securing all of our best players for years to come is heavy – especially given the current climate – and we shouldn’t take it for granted having so often lost stars in yesteryear. 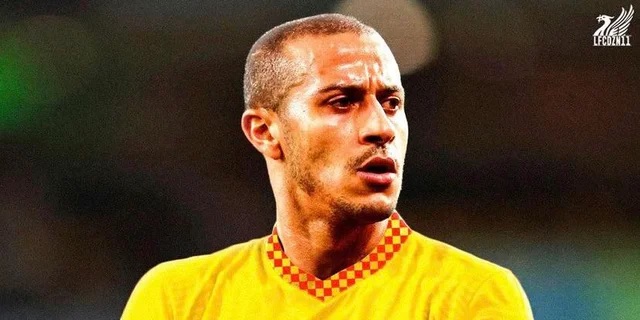