Dom Solanke broke his Premier League duck for Bournemouth last night in his side’s 4-1 thrashing of Leicester – and we couldn’t be happier for the former Liverpool lad.

But the defending on show was so bad it looked like match-fixing!

Caglar Soyuncu literally let Solanke run through on goal, while continuing to back off, and therefore just allowing him a shot, with which he scored.

To make matters worse, the Turk then kicked out at the Bournemouth player getting the ball out of the net and received a straight red.

Remember when people were comparing this lad to Virgil van Dijk at the start of the campaign? Oh dear! 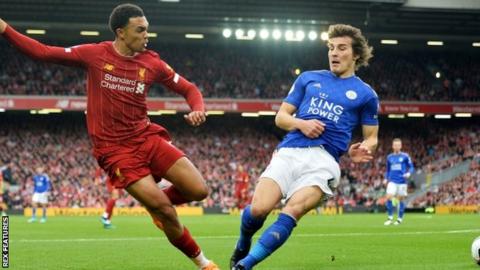 ‘Only Liverpool have the power to sign Caglar Soyuncu,’ says agent