Harvey Elliott has made a classy comment on Instagram about the fact he’s not going to officially get a Premier League winner’s medal for this season.

There are only two games left, meaning the maximum number of appearances Elliott can make is four – one less then the required five to get the medal.

When someone online made a quip to him about this fact, Elliott said it ‘wasn’t about me,’ and that he’d simply be ‘celebrating like a fan’. 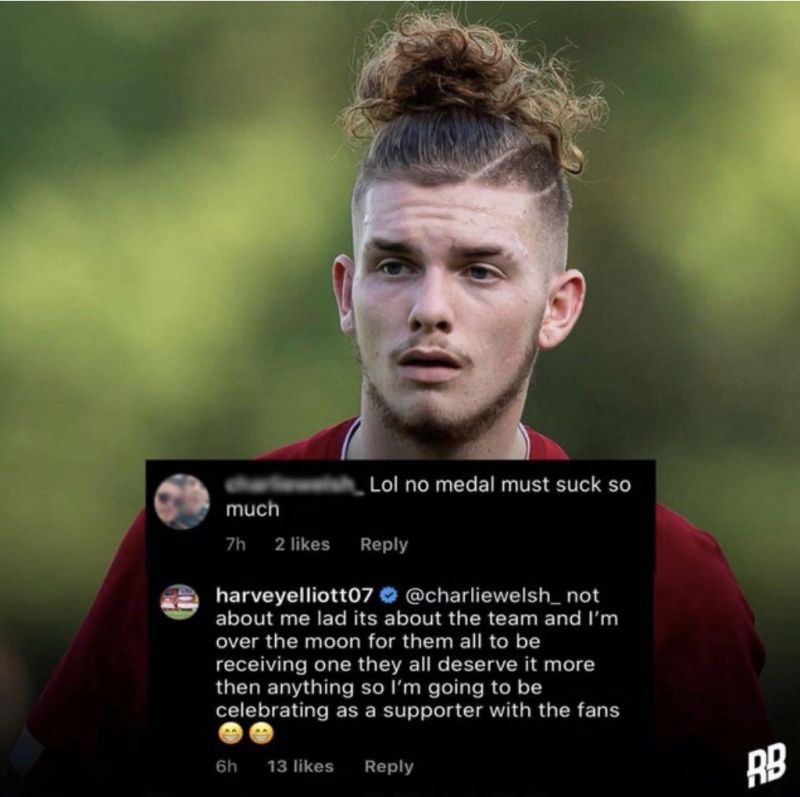 This shows a remarkable maturity from a 17-year-old and we’re mighty impressed by him.

We’d still like him to get a little bit of game-time against either Chelsea on Wednesday or Newcastle the following weekend – but it’ll be in future seasons that Elliott properly shows us what he can offer.

His talent is precocious, and Jurgen Klopp seems to think he has the right attitude to prosper, as well.

And the German is usually right!