Right now, Liverpool have the sort of squad chemistry that comes around once in a red moon. They are deserved league champions after a 30-year wait, but the key now is to try and improve upon perfection.

Manchester City and Chelsea are sure to put up a better fight in 2020/21, and with several of the Bundesliga’s brightest stars linked to an Anfield move, the desire to have no repeat of that long league title drought is self-evident.

But how realistic is the sight of the German top flight’s greatest talents holding up a freshly-pressed Liverpool shirt later this year?

While Dortmund are always amongst the popular teams within futures betting markets for league titles across Europe, the amazing form of Håland has undoubtedly done more than its fair share in maintaining their high standing.

Notably, by the time Dortmund took to the field on their return to action (vs Schalke), Håland had scored nine league goals in the space of less than two months. His efforts thereafter ensured that Dortmund ended up a comfortable second, with the Norwegian poacher getting 13 league goals from just 15 appearances.

Three of his last four strikes were also decisive match winners, further proving just how much of an asset he was in Dortmund being ‘best of the rest’ behind Bayern Munich.

Jurgen Klopp’s existing connections to Dortmund may prove capable of shortening the odds against Håland joining Liverpool, but at a market average of +1200, the Reds are not particularly favoured to sign him in the next transfer window. 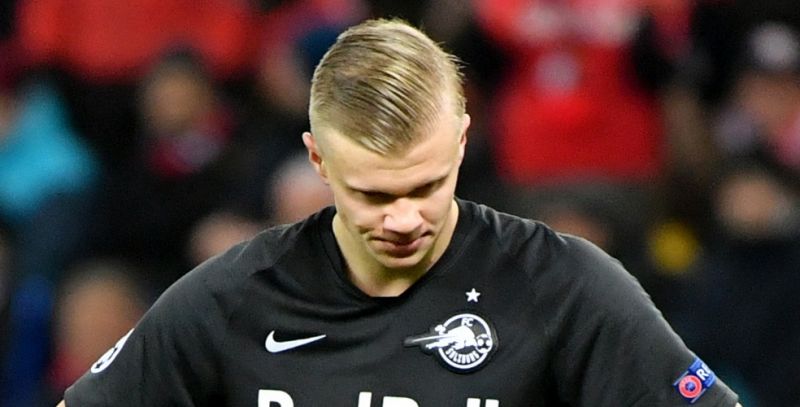 Winning and losing rates (*) refer to his goalscoring games only

Håland’s teammate Jadon Sancho is also a prime candidate for the summer exit door over at Westfalenstadion. Though the Reds are only around +600 to sign him, he is still odds on to gravitate towards Old Trafford. However, his ability to play practically anywhere in midfield would also prove hugely welcome at Anfield. In Liverpool’s case, he would be able to enact Klopp’s nigh-on unbeatable Gegenpress system from a myriad of positions.

With Liverpool being in a great position to try and equal United’s tally of 20 league titles, the potential war for Sancho’s signature provides a huge talking point in the football hotbed that is North-west England.

With Havertz priced at around just +600 to join the Reds, the Bundesliga’s potential to be a goldmine of Liverpool talent is ever more crystal clear. Notably, Havertz went into May boasting an all-time average of 1.2 goals per-goalscoring game in the Bundesliga, with an impressive 40% of them being match winners.

There is, however, one potential snag. Timo Werner, once considered odds-on to join Liverpool, is now confirmed as a Chelsea player for next season. With much talk of how Havertz and Werner could play off each other in the same team, there is every chance that Havertz may see Chelsea as the project of choice.

While a move to Liverpool promises more success, so too does it guarantee far more competition in Havertz’ strongest positions.

Nobody can forget exactly how much Coutinho did for Liverpool in the title near-miss of 2013/14, and at 27, Coutinho could still re-establish himself as a true ‘Kop Idol’. Coutinho (with eight league goals) was one of few Bundesliga players in proud possession of a perfect record from five goalscoring games during the hiatus in Bundesliga action.

During that same period, Four of Coutinho’s previous five Bundesliga goals had arrived in the final 15 minutes of one half – excluding injury time. Liverpool’s own desire to play until the half-time or full-time whistle, and never once slacken from duty, is the exact reason they have few equals in Europe, making a move for Coutinho all the more logical.

His time with Barcelona has proven to be a failure in the context of the huge transfer sum that took him there, and with Liverpool remaining firm favourites to sign him – with Arsenal a distant second – it really does seem as if there is no place like ‘home’ for the Brazilian midfielder.

Rashford picked over Mo Salah in G-Nev’s Team of the Year, while Carra also leaves LFC no.11 out

(Photos) Liverpool’s new kit for 21/22 spotted on sale in Nike store, including shorts