Mo Salah’s best friend at Liverpool left yesterday, with Dejan Lovren completing his £11m move to Zenit, which in our opinion, represents a very good piece of business by Michael Edwards.

After all, Lovren is in his thirties and was surplus to requirements – and that amount of money might help us bring in a younger, better replacement, with Turkish international Ozan Kabak linked.

Salah will miss the Croat plenty though, and we hope it doesn’t affect his Melwood happiness!

As you can see in the screenshot below, the Egyptian wasn’t ready to get all emotional on social media though – teasing his pal and telling him not to text too much – as he’s now on holiday! 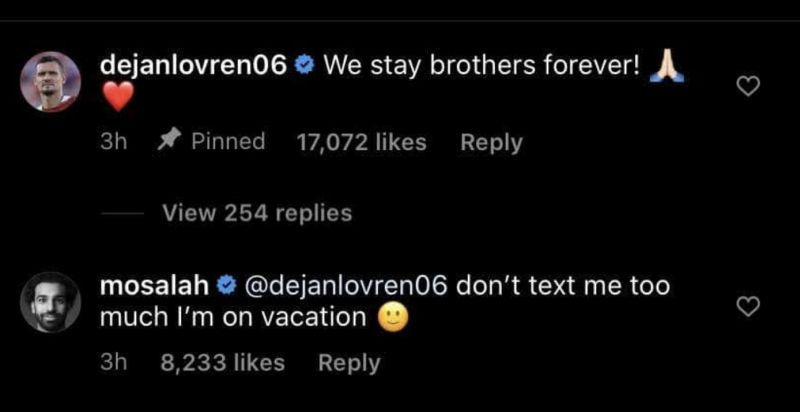 We’re pretty sure they’ll be on WhatsApp non-stop, of course.

Salah will get a well-earned break, now – and hope to hit the new season running. He hit 20 goals for the third campaign in a row – but more importantly – won the Premier League – which we hope will mean more to him than the plenty of individual accolades he’s bagged since signing three summers ago.