The chances of Liverpool securing Jamal Lewis look slim with the relegated Canaries unhappy with Michael Edwards’ £10m valuation of the left-back.

A long piece in the Athletic, as tweeted by James Pearce below, states that Norwich’s sporting director Stuart Webber wants £20m for the 22-year-old and will not entertain anything less – despite the player – who has three years on his contract – wanting a move to Anfield – even if it is to play second fiddle to Andy Robertson.

Pearce describes Lewis as ‘desperate’ for a deal, but that Norwich won’t pick up the phone to us at our current bid.

Latest on Jamal Lewis….#LFC prepared to pay £8m plus £2m in add-ons. Norwich want more than double that. https://t.co/kH8WFHq6zE

Once Liverpool have a valuation for a player in mind, we will not go above it – and certainly not by double – especially in these uncertain financial times.

So right now, this isn’t a deal that will be concluded imminently.

According to the report, Norwich’s sale of James Maddison for £24m and the midfielder’s subsequent success at Leicester City has given them grounds to charge proper money for their best players – even when they’re in the Championship.

Lewis ticks a lot of boxes for us, but probably not at £20m.

As a result, we might have to turn our attention to another name on the shortlist: Kostas Tsimikas of Olympiakos. 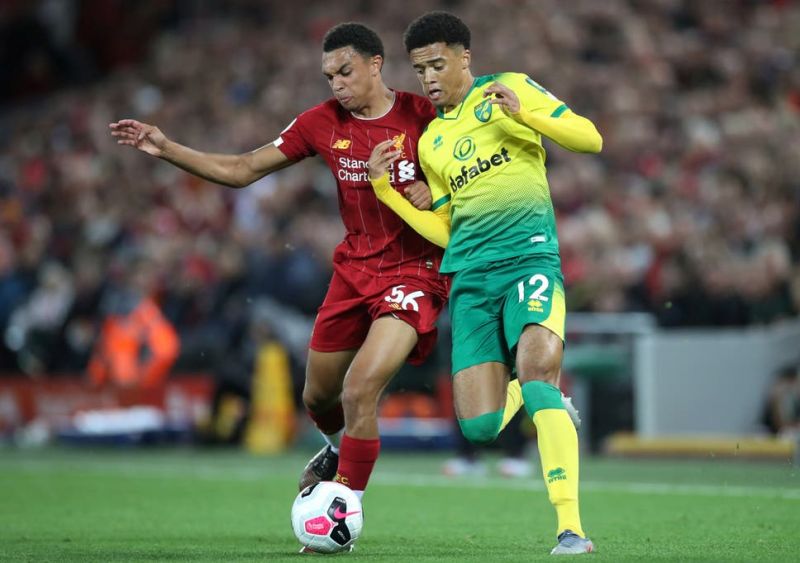