Liverpool have confirmed 19-year-old centre-half Rhys Williams has signed a new long-term deal with the club.

The teenager has been with the Reds since U10-level and is expected to link up with Barry Lewtas’ U23 squad for the start of the season.

Williams took to Instagram to make his own announcement of the new deal, and loads of the lads from the youth ranks congratulated him.

Leading the well wishes was fellow defender Billy Koumetio and forward Paul Glatzel – the former notably involved with the senior team of late.

It’s nice to see the togetherness Jurgen Klopp has instilled at Anfield is also trickling down to the youth ranks.

Take a look at some of the responses below: 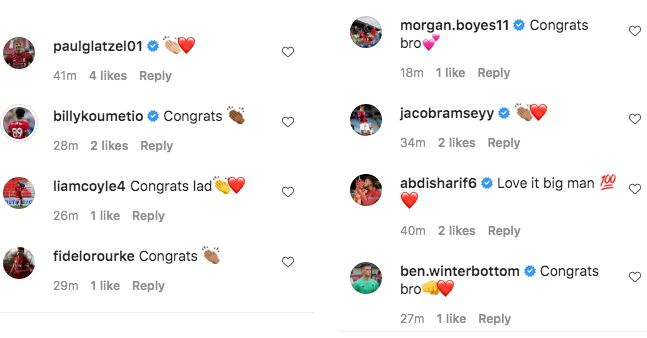