Thank you so much to Alexandra Fechete for this guest post – including the fabulous images inserted – top stuff!

The road to the 2019 Madrid Champions League final was paved with twists and thrills, in a season like no other. Teams like PSG, Manchester United, Manchester City, Ajax, Juventus, Tottenham—both winning and losing in dramatic fashion—all had moments worthy to be set to the Titanic song. And yes, most of them actually got the Celine Dion treatment. But probably no moment was as emblematic as CORNER TAKEN QUICKLY… ORIGIIIIIIIIIIIIII! It was one for the history books, one that we’ll tell our grandchildren about. A masterclass of what it means to be aware of your surroundings and catch your opponent off-guard. That Liverpool-Barcelona match truly encapsulated the Anfield spirit: it’s never over till it’s over. And when you have an entire stadium singing “You’ll Never Walk Alone,” the only acceptable result is the qualification. Seven minutes in, with that first goal, and there was a feeling in the air that this would be a remontada. Liverpool knew it. The Kopites knew it. Even Barcelona knew it.

And it happened. 4-0. The end. Liverpool are in the Champions League final. 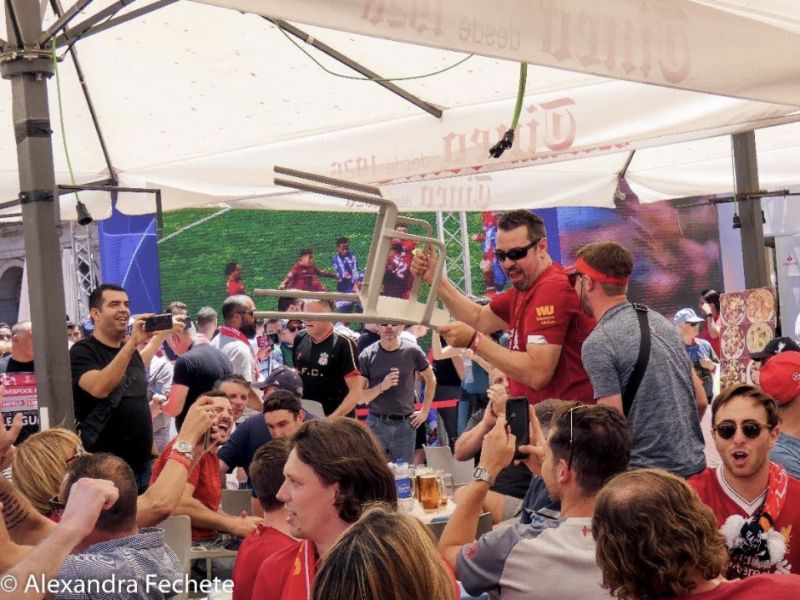 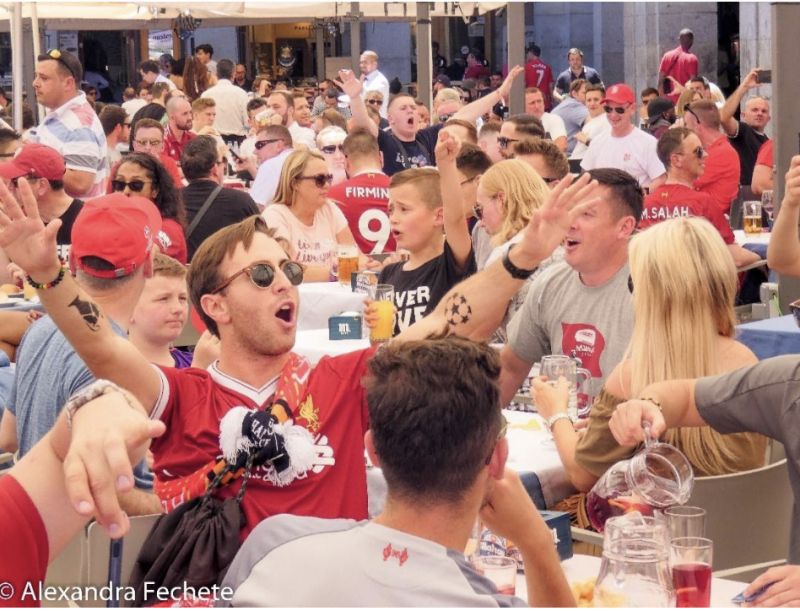 Just as Liverpool was packing their luggage for Madrid, so was I. I was dead-set on going there and experience the final, surrounded by their fans. The dream of getting another trophy after 14 years of drought had never been more within reach, especially after their most recent heartbreak in the previous final against Real Madrid. The Miracle of Istanbul was bound to repeat itself—only this time, the miracle happened in the semi-final. Because no matter how formidable Tottenham’s Champions League run had been, there was this sense that we’ve seen it all and that there was no way the final could live up to any of the other comebacks we had witnessed throughout the season. It was Liverpool’s for the taking. 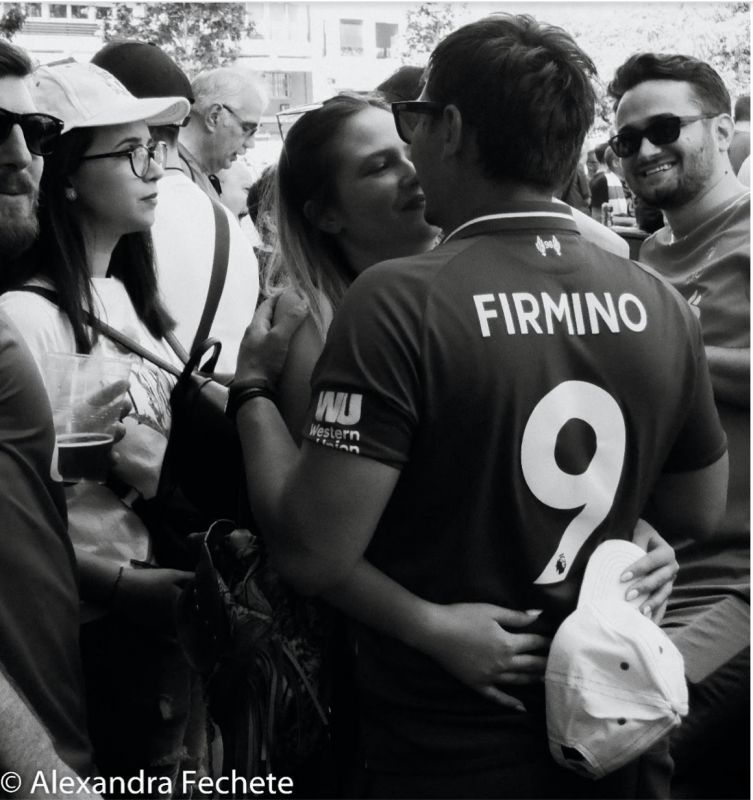 And so, a sea of red had taken over Madrid. There were red jerseys everywhere. Mané, Firmino, Salah, Virgil, Origi, Alisson. Oh, and there was singing. Lots of it. So loud that I am sure it was echoing even in Madrid’s surrounding cities. Weeks later, “Allez, Allez, Allez,” or “Luis Garcia/ He drinks Sangria/ He came from Barça to Liverpool,” or “Sí Señor/ Pass the ball to Bobby and he will score,” were still ringing in my head.

Now is probably the best time to say that I am not actually a full-on Liverpool Kop. Or, at least, I wasn’t. I am a bianconera at heart, who, up until that point, had a massive respect for Liverpool, their fans, Klopp, and its players. And yes, Alisson, van Dijk, and Mané deserved to be the first three players in the Ballon d’Or ranking. But you just can’t NOT be won over by their fighting spirit, their passion, and love for the shield. Those days in Madrid sealed it for me. Their Premier League rivals might disagree, but you love them at best and respect them at worst. I find Liverpool an impossible team to hate.

I was about to experience the final in the most British way possible—at the pub. Luckily, I had some friends joining for the evening. But the road to the pub was more difficult than the road to Madrid. Why? Well, I got a call from my friend saying: “Meet me at the Liverpool Fanzone.” 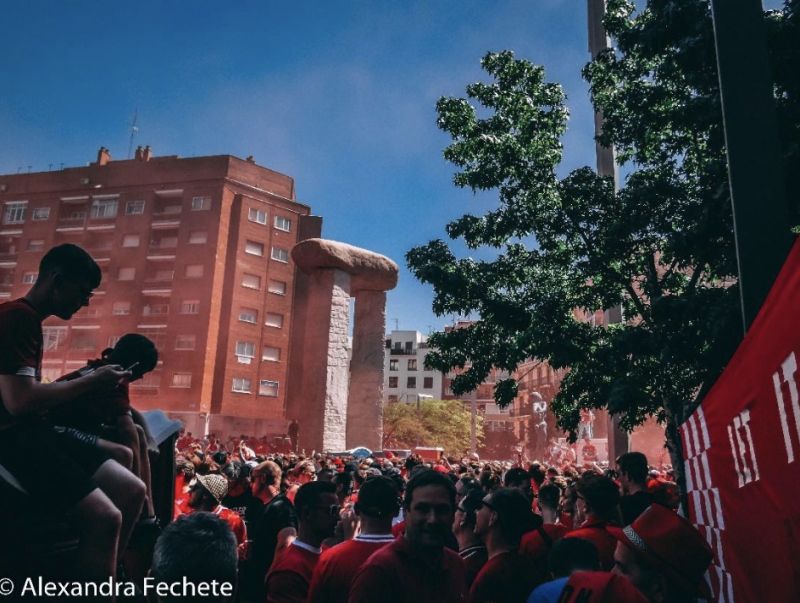 Thousands of people, red smoke everywhere, and barely any phone signal. Finding a needle in a haystack seemed like a piece of cake in comparison. But eventually, I managed to get just enough signal to find the location of the pub, where I eventually went to. There were dozens of people already inside, in a blistering heat, which pretty much sounded like the definition of a sauna. Except, this one would last for hours and there was zero notion of personal space. Over the course of the night, drinks and orders flew. And when I mean flew, I mean 3 orders per minute, to the point that the two people in charge of the pub brought an extra person for backup, so that we could also get some sandwiches of questionable taste, in the midst of all the chaos. I was the self-designated Spanish translator, avoiding near-death scenarios like someone saying WATAA and the bartender understanding VODKA instead of water. It was probably the most money they ever earned on a night, but surely, they needed a week of vacation after all that work. I didn’t envy them. The place was so crammed that soon enough, I was rubbing against sweaty, shirtless men. 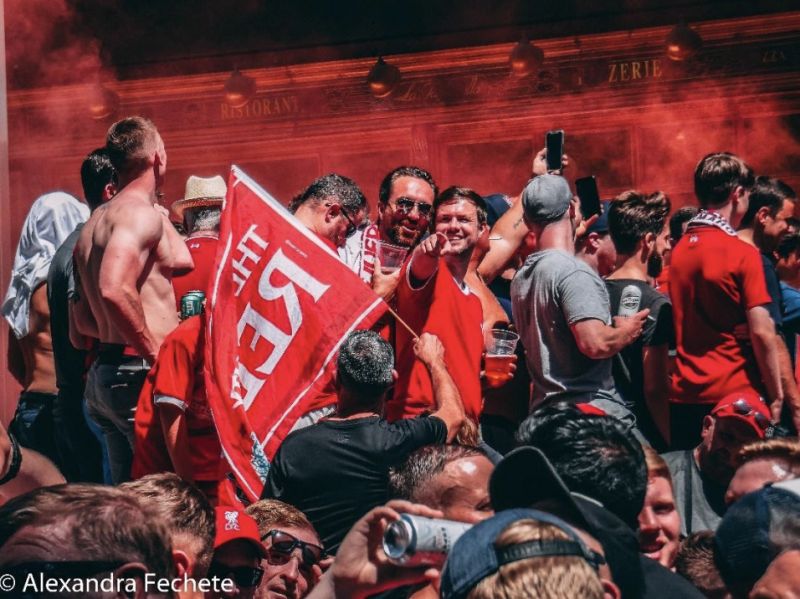 But you know what? I had a blast. It’s hard to put into words that feeling of anticipation just before the ball goes into net, followed by ecstasy once it’s in, with the whole place erupting in cheers so intense, that I thought the pub would literally fall to pieces. Mo Salah scored an early penalty, so the fate of the match was pretty much sealed. Other than the penalty and Origi scoring yet again, I don’t remember much of the match. But what I do remember are the 5439646 songs we all joined in, the inevitable broken glasses, the table and wall banging, people repeatedly spilling drinks on me (I SWEAR I was innocent!), me putting out InstaStories writing “What have I gotten myself into?”, and just the overall sense of camaraderie. At one point, our very red pub adopted one resigned Tottenham supporter, in the spirit of YNWA—not mocking or teasing him, but simply inviting him to join in for a drink. 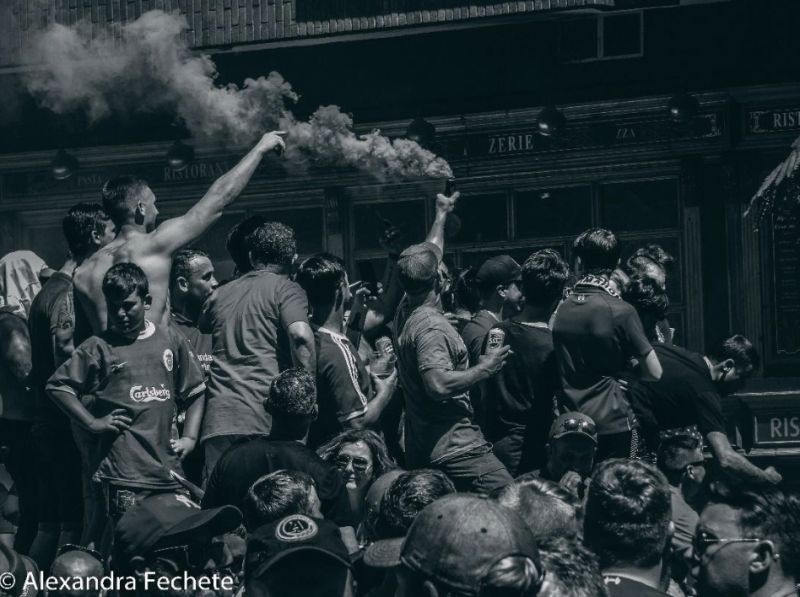 I left Madrid with the feeling that Liverpool was more than a club—it was a family. The final could have gone either way, and the fans would have still celebrated, because they knew how hard it was to get there in first place. The love for the club triumphs over the heartbreak of a loss. This year, as the pandemic came into our lives uninvited, turning the world upside down, we had to learn how to cope with the isolation, with losing friends and loved ones, with staying away from them for our and their own protection. Teams had to learn how to play without their 12th player—the supporters. This seems meaningless when you compare it to the countless lives lost. And yet, I’ve found myself going back a lot to those Madrid days, when, without the sweaty guys at the pub, it would have been just another final. But that night, I forgot I wasn’t even supposed to be a Liverpool fan. I felt a sense of belonging. 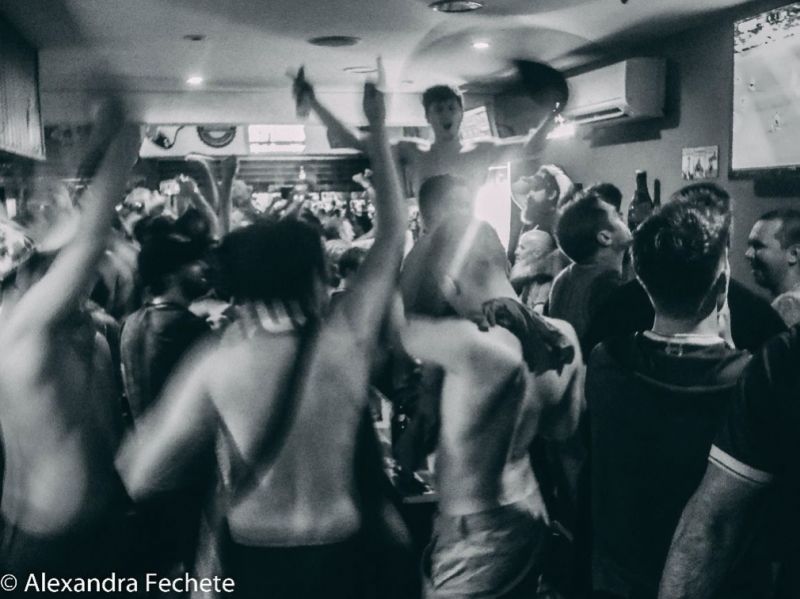 Lately, I have been asking myself a lot if it’s football really what I love or if it’s more about the shared fan experience that makes me love this sport so much? Hearing a stadium sing in unison, wearing your team’s jersey even if you are watching the match from your sofa, shouting when they score so that all the neighbours can hear you, trolling and posting Twitter banter against other teams, writing a long rant in your WhatsApp group because the team was rubbish, going with your friends to the matches and screaming your lungs out, then getting drunk with them after an embarrassing defeat. The pandemic took most of these things away from us, turning sports entertainment into a hollow experience. The last time Liverpool had won a Premier League title, I wasn’t even born, and now that they’ve done it again, they got to lift the trophy in an empty stadium. I am still happy to see my teams winning, but… it’s not the same. Everything is always better with your football family. Winning feels sweeter and losing is easier to swallow. We are slowly trying to go back to a sense of normalcy. I don’t know how or when will that happen, but this too shall pass. We’ll gather once again at a pub near you and Origi will once again be the clutch player we’ll profess our eternal love to. Until then, Allez, Allez, Allez! 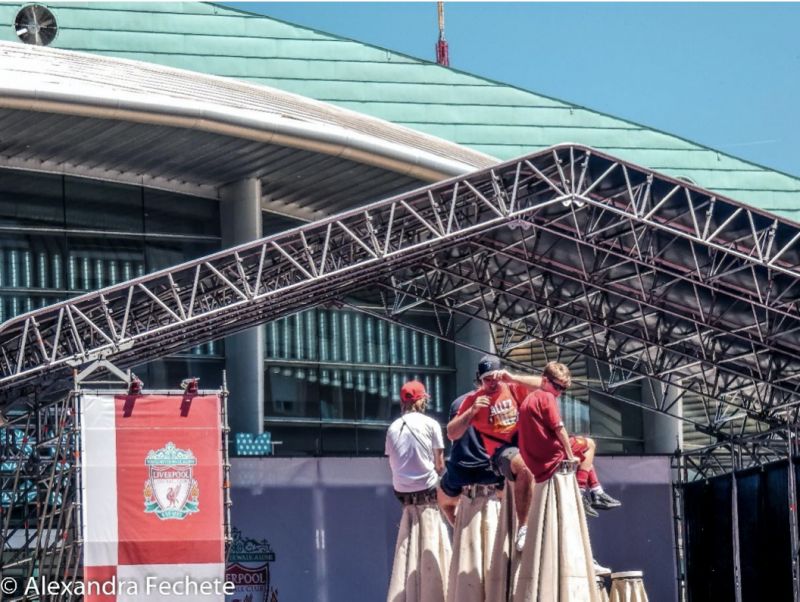