It’s not easy at the top. Liverpool are comfortably the best side in England, perhaps the best side in Europe, and possibly even the best side in the world. They’ve rightly earned the right to be part of these conversations, but what do they say about success in football? It’s one thing to do it the first time around, another challenge entirely to maintain the success. And that’s where Liverpool find themselves now. They’ve proven to everyone that they’re the best. Now begins the difficult task of pushing forward and continuing to put trophies in the cabinet.

No easy task, by any stretch of the imagination. No one’s quite sure how Liverpool are going to perform this year, though the early games of the 2020/21 campaign have shown that, if nothing else, they haven’t forgotten how to win. We can suspect that their rivals may have refound the winning touch, however. Chelsea, Arsenal, Spurs, and Manchester City will surely all perform better this season than they did the last. Liverpool may indeed have to improve if they’re going to win consecutive titles.

This Season Versus Last Season

The free-flowing football of January seems a long time ago now. As such, it’s the latter part of the season that we should be looking at — and no one would argue that it wasn’t quite as breathtaking as what came before it. However, though the reds may have had a comparatively shaky few months (and by that, we mean: they lost a couple of games), this is only in comparison to the ridiculously high standards set during the previous couple of years. Their points-per-game average during the past few months would still put them in pole position to win the league. And let’s not forget that their “dip” conveniently came after they’d romped their way to the title.

It could be that the final few games of the 2019/20 season were used more like a pre-season for this campaign. In which case, Liverpool’s rivals should be worried.

So how do Liverpool improve? By being better than they were last season. They weren’t perfect then, only close to it. Points were dropped on their way to the title, and, in the end, they were unable to remain unbeaten through the campaign. So from a purely points tally point of view, there’s room for improvement. If the side can push themselves even further, which isn’t unthinkable, they could reasonably break all kinds of records this year. Will they go the season unbeaten this time around? There’ll certainly be plenty of Premier League predictions that have Liverpool taking all three points, regardless of who they’re playing against. Of all the Premier League sides who can stop Liverpool, it’ll be their rivals that pose the greatest threat. If they can stay steady against the likes of the Manchester sides, Arsenal, and Chelsea, especially when playing away from home, then Klopp’s boys will write themselves into the record books — again. 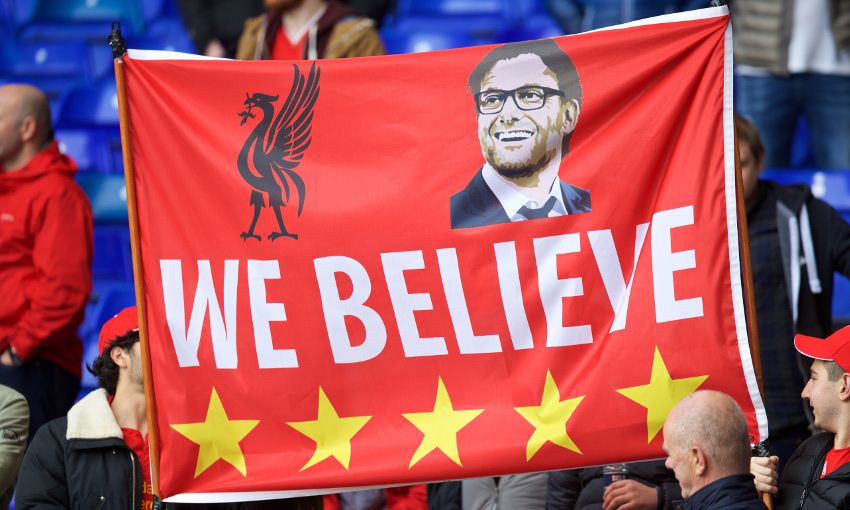 Liverpool’s strengths are well known. They press, they’re fit, and they have a prolific strikeforce, dominating midfield, and watertight defence, not to mention perhaps the world’s best goalkeepers between the sticks. On their day, they’re going to beat anyone put in front of them.

So, where might things go wrong? They could have difficulties if one of the front three gets injured. In recent years, a big plus-point for Liverpool has been a lack of major injuries, Oxlade-Chamberlain excepting. This isn’t by accident. The team is exceptionally well-conditioned. Still, bad luck does exist. If Mané, Firmino, or Salah get injured for an extended period, Liverpool will need another player to actively step up to play, rather than provide cover. The deal to bring Diogo Jota from Wolves was clearly motivated by Liverpool’s awareness of this potential problem. Between Jota and Origi, you would imagine Liverpool could absorb the blow that an injury to one of the front three would bring.

The other question mark over Liverpool was their creativity in midfield. Andy Robertson and Trent Alexander-Arnold can’t keep providing assists forever. You imagine that this year, the midfield will need to get more goals and assists. No surprise that Klopp knew this, no surprise that Thiago Alcântara was brought in to bring a creative spark. His influence this season will depend on his ability to adapt to the Premier League, but his excellent performance against Chelsea was positive.

There’s a sense that this Liverpool side is fully formed. Have they even reached their peak? It seems unlikely. They still look as hungry as ever. They’ll improve by going one point better than they did last season. Would anyone dare bet against Liverpool getting 100 points?

Klopp reveals details of chat with Tuchel after Chelsea defeat: ‘He couldn’t understand’