We are no closer to finding out if midfielders Thiago and Fabinho are fit and available for our game against Leicester City this weekend.

Liverpool have finally dropped footage from the new training centre in Kirkby, but there is no sign of the star duo.

Most of the players involved in the training session are youth players, but the inclusion of James Milner, Joel Matip and Adrian suggests the senior players would have been involved too.

A host of stars are still away with their countries on international duty, including Gini Wijnaldum and Andy Robertson – but Sadio Mane made his return after Senegal confirmed their place in AFCON 2021.

It appears the forward didn’t train – he certainly wasn’t part of the team when Matip and Milner took to the pitches – but that isn’t to suggest he’s injured or ill.

We’d urge Liverpool fans to remain optimistic because Thiago and Fabinho could both join up with the squad when the international players return from duty – the boss could have given them some extra days for rest or individual work.

You can see some photos of the Reds’ first training session in Kirkby below:

Settling into the new gym 💪 pic.twitter.com/GMOpRwwZgF

Day one. Session one. 👊 pic.twitter.com/ddzIdWh6Zc

Check out the full gallery here.

(Video) Matip & Fabinho’s outstanding performance v. Leicester as they’re yet to concede when playing together 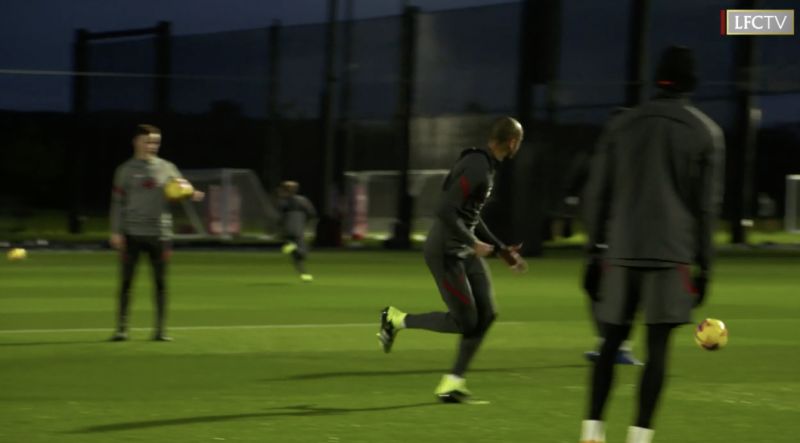