The former Liverpool captain secured his 22nd European win with a 2-0 away victory at Lech Poznan in the Europa League, putting him on par with Dick Advocaat, as you can see from the picture below (courtesy of BBC Sport Scotland). 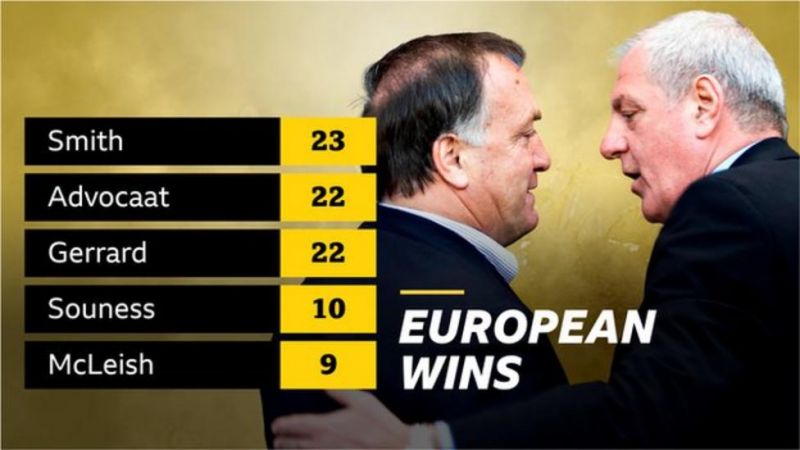 It’s a remarkable achievement from the manager, who has built a formidable Rangers side that now sits 13 points clear at the summit of the Scottish Premiership.

We’re quite proud of our former skipper, who is continuing to prove the doubters wrong by making a name for himself in Scotland.

The ex-England captain may have benefitted from a greater number of European qualifiers than his predecessors, but the change brought about by Gerrard is ultimately crystal-clear for all to see.

Indeed, in the season prior, Rangers progression to the Europa League’s Round of 32 was the first time in almost ten years that the club had managed to guarantee European football after Christmas.

The Anfield legend may still be a way away from cementing himself as Jurgen Klopp’s future successor, but it’s thrilling to see him making his mark with Rangers.