Liverpool have put out an almost identical XI to that which started in the 1-1 stalemate at the weekend, ahead of Tottenham’s upcoming visit to Anfield this evening, with Rhys Williams taking Joel Matip’s place in the centre of defence.

There is a silver lining, however, visible from the bench, with Naby Keita enjoying a quick return to Jurgen Klopp’s matchday squad, along with Alex Oxlade-Chamberlain, after having suffered ‘fitness issues’.

The German has a stronger bench to play around with at L4, with Taki Minamino and Divock Origi keeping a handful of first-team hopefuls, in Caoimhin Kelleher, Neco Williams and Nathaniel Phillips, company.

Having returned to training last week, there’s a real chance that Oxlade-Chamberlain could grab some minutes in the second-half, barring any unfortunate early injuries.

But Liverpool will be hoping most of all for Sadio Mane to break his eight-game (in all competitions) scoring duck this evening, as they host Jose Mourinho’s men from London. 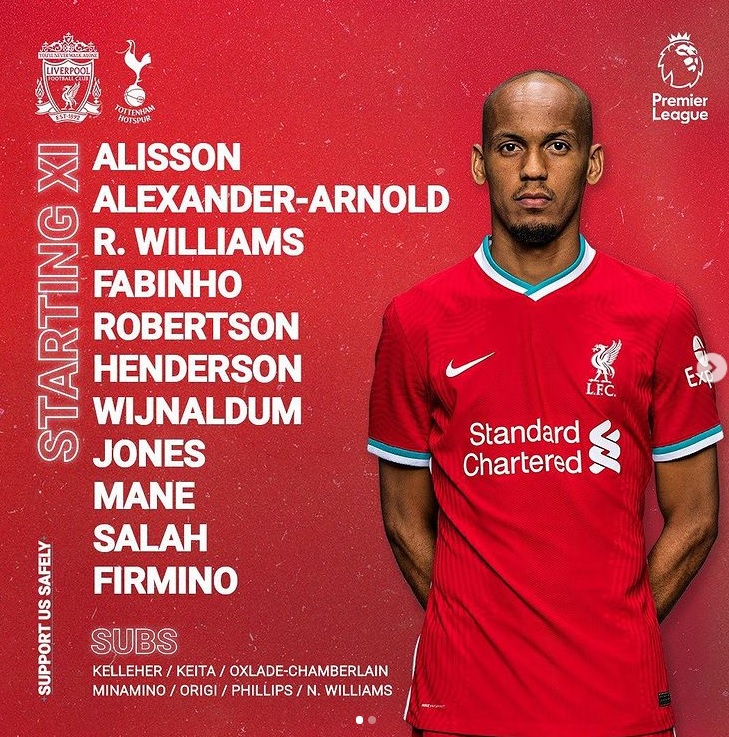