It has been revealed that Lionel Messi and Cristiano Ronaldo – who were pipped to the award of FIFA’s Best Men’s Player by Robert Lewandowski – both avoided naming any Liverpool players in their votes.

Ronaldo clearly supported the consensus around the Polish striker’s season by putting him at the top of the list ahead of rival Lionel Messi and Kylian Mbappe.

The favour was not returned by the Argentinian, with Messi opting for former teammate Neymar, Mbappe and Kevin de Bruyne.

It’s not an altogether surprising show of loyalty from the Barcelona star, in what is effectively a competition of voting for your most talented mate.

Given that Virgil van Dijk practically did the same thing, however – voting, in order, for Sadio Mane, Mo Salah and Thiago Alcantara – we can hardly resent either Messi or Ronaldo for their choices.

Interestingly, both Lewandowski and Sergio Ramos deemed Thiago worthy of their top three, the ex-Bayern man topping the forward’s list and coming second for the Real Madrid man.

The fact that Ramos, in particular, opted for our No.6 is indicative of the kind of talent we’ll have returning to the pitch – theoretically sooner than we were led to believe!

You can see the image below, courtesy of sportskeeda: 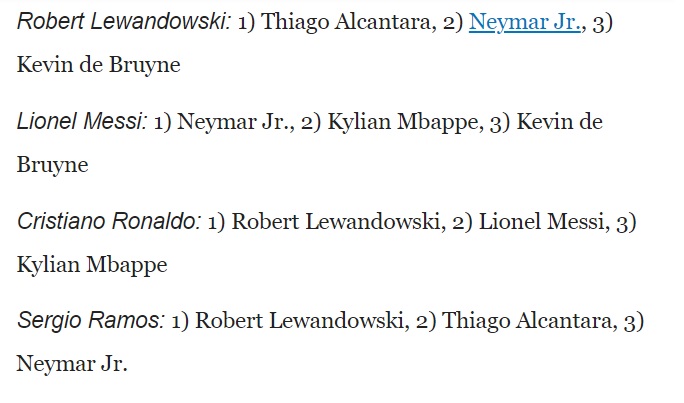 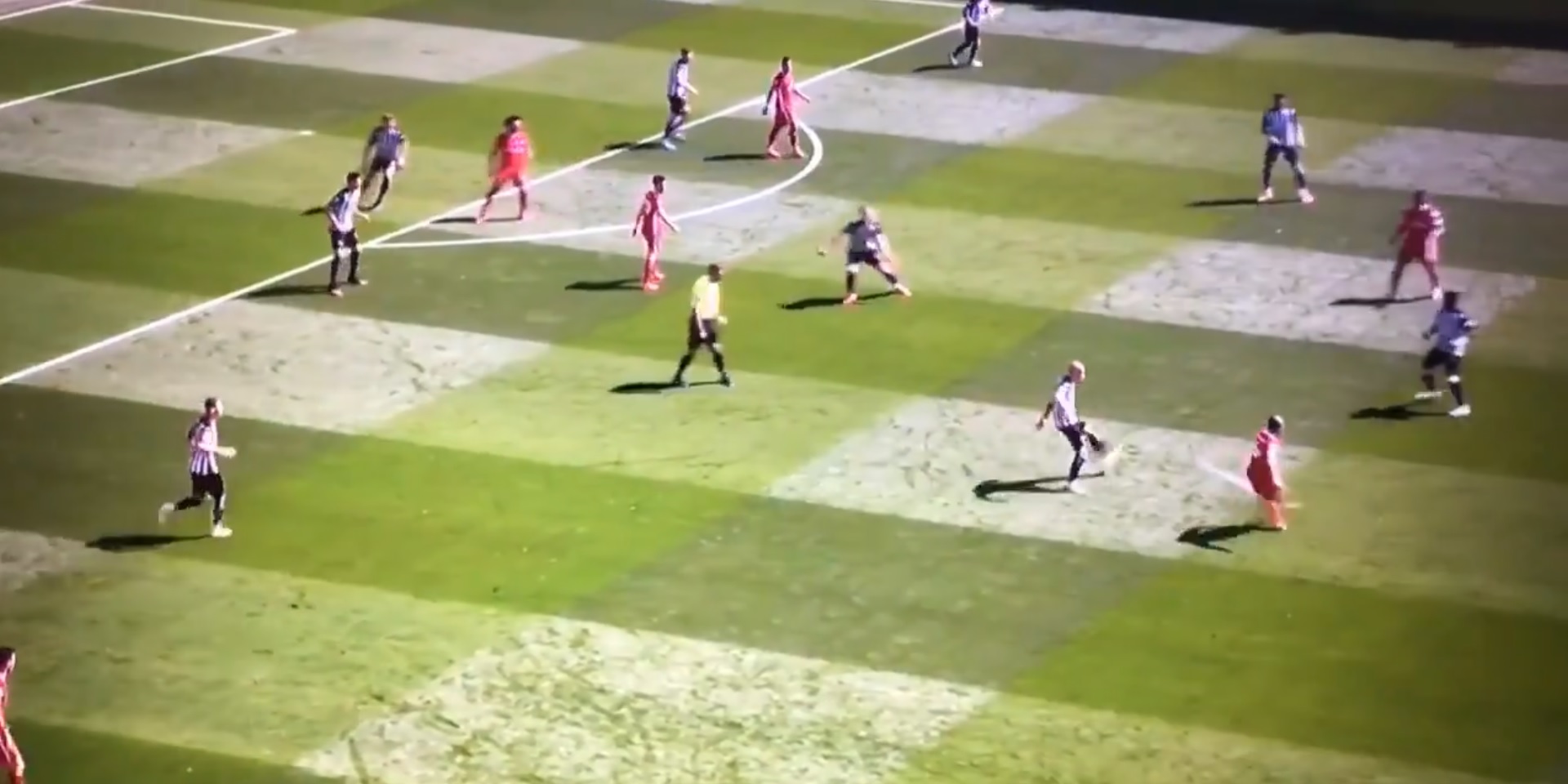