Liverpool have put out a much-changed XI to that which faced Spurs in the 2-1 victory mid-week, with Mo Salah benched in favour of Taki Minamino.

Jurgen Klopp has handed starts to Naby Keita and Joel Matip, the former having taken Curtis Jones’ place in the first-team for the Reds’ visit to London.

The German will have some excellent options from the bench, however, with Alex Oxlade-Chamberlain joined by Salah, Jones and Divock Origi, with youngsters Rhys Williams, Nathaniel Phillips and Neco Williams filling the gaps.

It’s a strong side put out at Selhurst Park, with Klopp looking after the welfare of his players with the handful of changes made.

There’s a certain amount of risk in benching Salah for what is often perceived to be something of a banana skin fixture, but it will be one that the former Dortmund man has considered well.

The return of Matip, at the very least, will offer a great deal of assurance alongside midfielder-turned-defender Fabinho in the heart of defence. 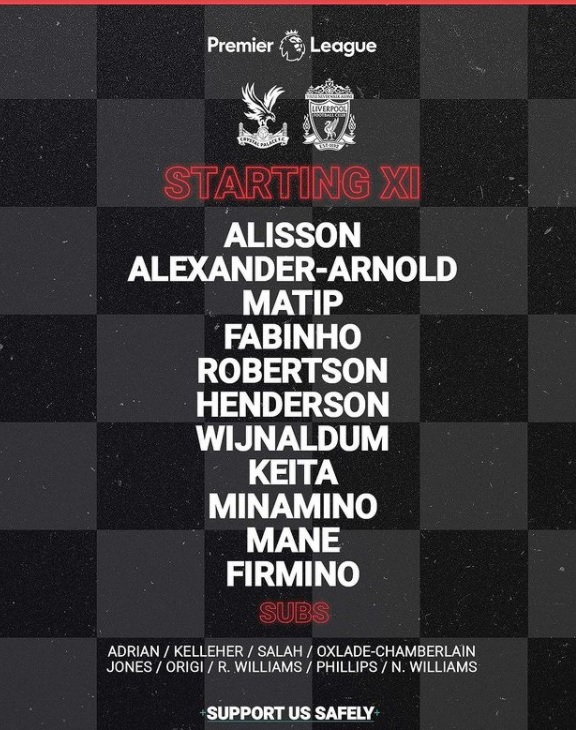