With each passing season since the Premier League commenced in 1992/93, it’s grown into more and more of a global sporting powerhouse. However, despite the tremendous success that came before, the advent of the Premier League saw Liverpool slip from the top into upper-mediocrity. Primarily, the Premier League has been the story of Manchester United, with a sprinkling of Chelsea and Arsenal until Sir Alex Ferguson retired.

During this time, as the league became more and more popular around the world, Manchester United became the go-to team for new supporters. Now, we’re in a new era of the Premier League, with Liverpool back on top and winning over fan bases around the world, such as that of Singapore. Once the home of Red Devils fans, the tide is beginning to turn to Liverpool, but why, and how can the club cement another vibrant fan base?

The makings of a Liverpool fan

When looking for overseas Liverpool fans, the numbers tend to stack-up in nations where English top-flight games have been accessible in the club’s glory days. Perhaps the region where this is best shown is in the Nordic nations of Sweden, Norway, and Denmark. In 2014, before the recent resurgence, it was found that, of the Premier League fans surveyed in Sweden, over 34 percent were Reds – the largest percentage recorded. Iceland and Finland also boast strong Liverpool fan contingents.

While having players like Sami Hyypiä, Glen Hysén, John Arne Riise, Stig Inge Bjørnebye, Daniel Agger, Jan Mølby, and Haukur Guðnason on the books will have provided localised appeal, the real draw was the league’s accessibility at the opportune time. National TV companies would broadcast plenty of English football through the 1970s and 1980s, with perpetual title contenders Liverpool being a huge draw.

Much like in the markets discussed above, the right boxes are being ticked for the Singapore audience. Not only does the country primarily speak English, but fans also have access to the live-action. As shown at singtel.com, the TV provider offer complete coverage of the Premier League. The TV rights to the league cost a great deal. Back when Singtel initially won the rights in 2010, it cost them $400 million for three years. They’ve continued to win three-season rights ever since, showing the big-money demand for English football in the nation.

In the country, per straitstimes.com, 53 percent of fans over 18 support a team that was successful when they were younger, with 29 percent citing a family influence. This explains why there are so many Manchester United fans, why some have inherited Liverpool fandom, and why Liverpool should press their advantage now to build a sustained fan base in Singapore for the future.

Building on the Singapore fan base 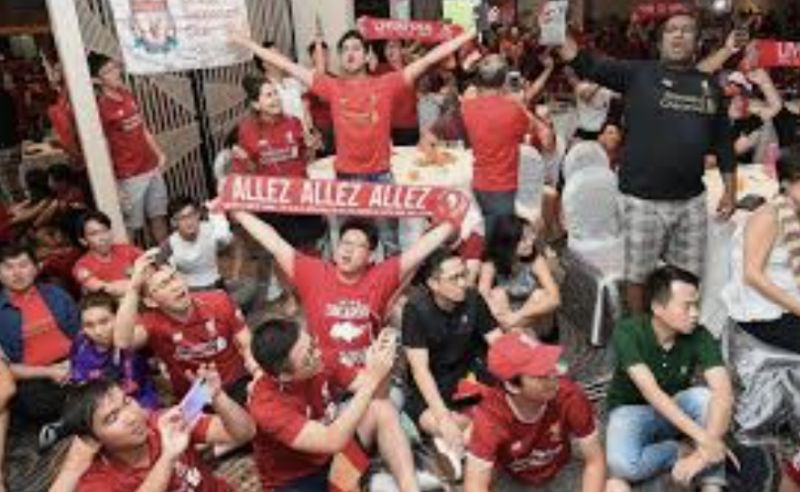 Like in other nations where localising a social media account has been successful, Liverpool have established Facebook supporters clubs for fans in Singapore. At the time of writing, 31,149 people followed the Facebook page, and 1,108 followed the official LFC Singapore Twitter feed. It’s a fair base, but with there being so much diversity in Singapore, it may be wise to branch into a Malay or Tamil-language offering, too.

That said, the one sure-fire ingredient that will lead to sustained support in Singapore will be results. Liverpool are now a dominant force, and people in Singapore have a great many ways to engage with that success: from watching live games to betting on the action. Much like in the club’s native land, there are many online betting sites, all of which are filtered through the reviews and offers platform asiabet.org. So, making good on the Reds’ odds of 3.00 to win the Premier League or 7.00 to win the Champions League will only grow the fan base.

A couple of other more direct ways of engaging with the Singapore fan base include visiting the country to play games and signing players from the country. Playing a match in the city-state, as the empireofthekop.com recorded back in 2009, seems to be the most feasible option of the two. As it stands, Singapore’s best players wouldn’t be able to get into the Liverpool team, with perhaps the best prospect of growing a player into the team being AC Milan’s 18-year-old, Singapore-born Dane Andreas Jungdal, who plays in goal.

Liverpool clearly sees Singapore as a market to grow into, having opened a new LFC store in Bugis Junction in January 2020, but the best way to build the fan base will be through silverware-winning performance in major competitions.