Perr Schuurs has ruled out a move abroad in the near future, having cemented himself within Ajax’s first-XI, as the Echo reports.

The centre-back had been a rumoured Liverpool target, with the Reds deemed likely to dip into the quickly approaching January transfer window to address thin defensive options.

“I’m not really in favour of going abroad early. I feel at home here so I want to play here for a few more seasons,” the defender said. “I am now a starting player which was my goal beforehand. I am very happy about that.”

The Dutchman came into contact with the Reds during the Champions League group stages, with his Ajax side falling short on both occasions.

The 21-year-old would have been a potentially interesting prospect for Liverpool, with the youngster posting a more than impressive brace of performances against Jurgen Klopp’s men.

With Virgil van Dijk and Joe Gomez out for much of the season, some defensive cover remains a priority, even with Fabinho filling in beside Joel Matip.

At Schuurs age, he would have been an ideal transfer – not too young so as to struggle to make an impact and not too old and experienced as to make demands about playing time once Van Dijk and Gomez returned.

Sadly, it appears that the highly-rated defender won’t be gracing the Anfield turf in a red shirt any time soon, though that still leaves us with a number of other possible avenues. 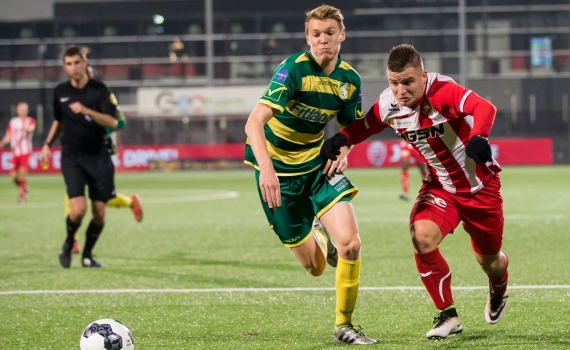