Naby Keita has been ruled out of the impending tie at Anfield with a “fitness issue”, as a number of Liverpool journalists have confirmed.

This is yet another fitness concern from the Guinean, having also missed out on the club’s visit to Fulham two weeks ago.

Naby Keita ruled out of today's game v West Brom due to a fitness issue. #LFC

It’s a frustratingly persistent issue for Jurgen Klopp, who might have been hoping to rely on the No.8 in breaking down the Baggies’ low-block.

Having delivered such an assertive performance in the Reds’ 7-0 trouncing of Crystal Palace at Selhurst Park, it’s no less frustrating for the fans who are desperate to see the former RB Leipzig man finally live up to the hype.

As Jordan Henderson and Gini Wijnaldum are currently within their peak years – with the latter looking increasingly likely to leave Liverpool on a Bosman – the midfielder does not look like he can reliably step in on a consistent basis.

Considering the type of player we would be losing if the Dutchman did depart at the end of the season, we’d need someone to come in that can hit at least 25 league appearances a season (Naby hasn’t done this since his arrival in 2018).

Fortunately, it appears that Curtis Jones looks to be more consistently available for Klopp in the meantime. 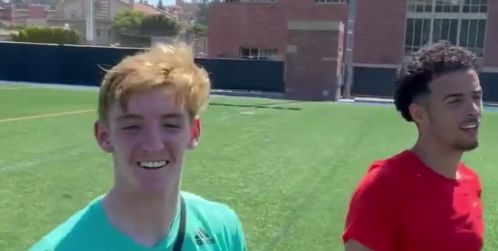