A still of Liverpool’s tie with West Brom, released on Reddit, has captured Sadio Mane being manhandled in the penalty area by Darnell Furlong.

The incident went unnoticed by referee Kevin Friend and VAR, with the game tied after 86 minutes.

Don’t get us wrong, it would have been a potentially soft penalty, but given that several sides have been penalised for less it further raises the inconsistency in the technology’s decision-making.

We acknowledge that having a higher standard of officiating behind-the-scenes would certainly improve the application of VAR, but we highly doubt that this will occur anytime soon.

You can see the image below, courtesy of u/improwise: 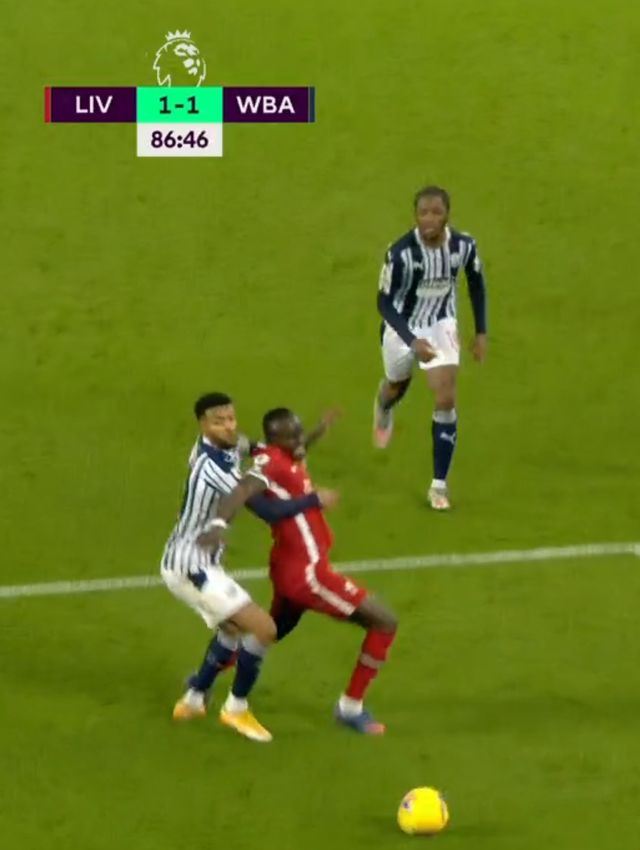