Jurgen Klopp has opted for a strong Liverpool side, naming a host of usual starters in the first-XI for tonight’s FA Cup clash with Aston Villa.

Caoimhin Kelleher returns between the sticks for the Reds with fellow Academy graduates Rhys Williams and Neco Williams filling out ahead of the Irishman.

It’s a far stronger Liverpool side than we imagine many of us expected given the perceived fatigue present in the squad.

We’re glad to see Takumi Minamino back in the side after being on the periphery for the club’s last three games, in which Klopp’s men dropped seven points from a possible nine.

Have a look at the image below for the team news: 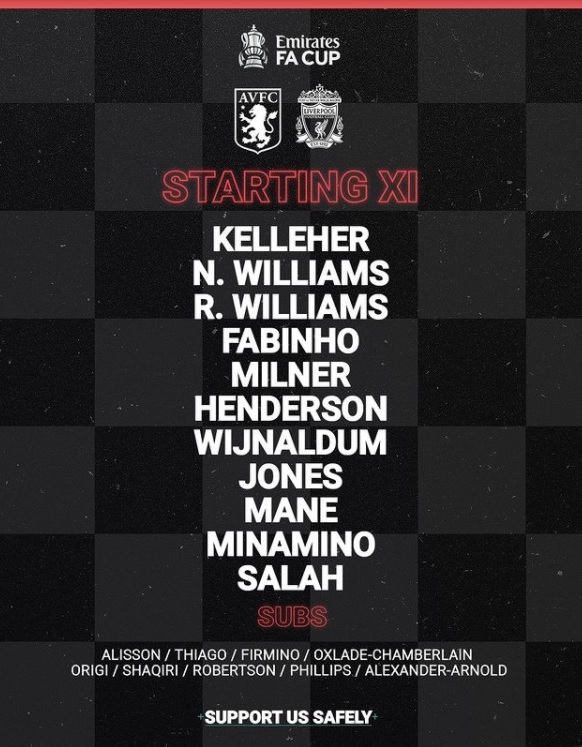