Martin Skrtel has called out the Daily Mail for the false claim made this morning that the 36-year-old was ‘likely to consider retirement’ after suffering a freak injury.

The centre-back had inexplicably fallen to the turf after rupturing his Achilles tendon during Basaksehir’s 2-2 draw with Kasimpasa last month.

It was an absolutely ruthless response from the Slovakian, but one that the publication has arguably earned after committing to a headline, apparently, not entirely based in fact.

Skrtel is now reportedly out of contract following the injury he sustained in the Turkish Super Lig; we can only hope that the ex-Red’s recovery is swift as he looks to make a return to the pitch in future.

You can see the image below, courtesy of Martin Skrtel’s Instagram: 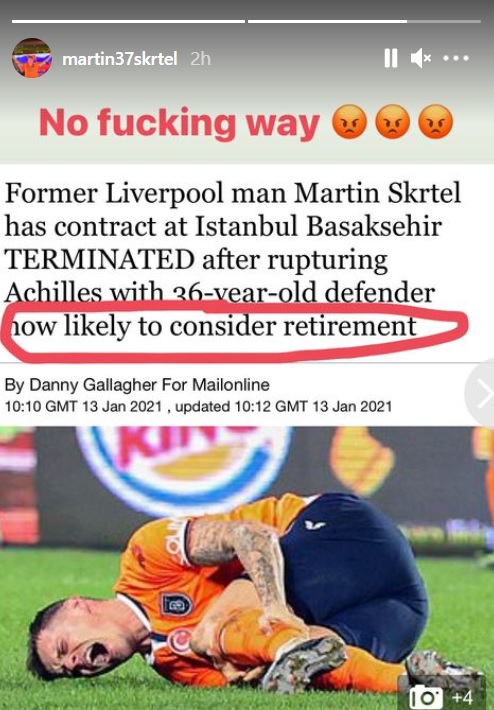