Thiago yesterday went viral as the club released his #AskThiago video – that the fans have been waiting on for weeks!

In it, our 29-year-old discussed many things, including his heroes and the players who inspired him to greatness.

Thiago explains how Xabi Alonso was a massive influence, but also how he’d have loved to play alongside Steven Gerrard – who would have taught him more about football.

“I have massive respect for the story of Steven Gerrard at this club. He changed the club as well,” he said. “I look forward to meeting him.

“Steven Gerrard is a legend. If I had played alongside him, it would have been a way to learn more football.”

Gerrard, having seen the video, replied that the pleasure would have been all his!

Thiago is a beautiful manipulator of the ball, who can thread passes, dictate tempo and run a game from deep, while Stevie was an all-action, ball-winning, goalscoring sensation.

We imagine they would have complemented each other quite nicely! 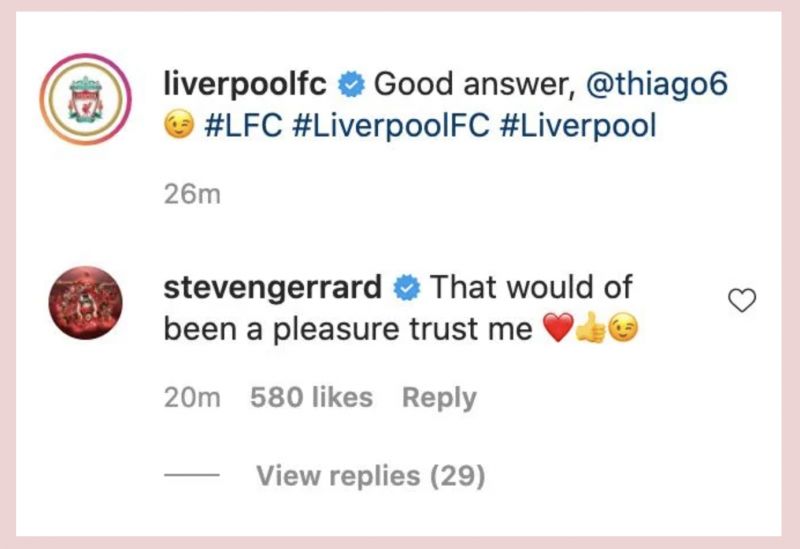