Manchester United star Paul Pogba has admitted that his side are not on Liverpool’s level as Ole Gunnar Solskjaer’s men prepare for a clash with the Premier League champions.

The mercurial midfielder has his eyes on a rare Anfield win, with the Reds having not lost at home in the league since April 2017.

It’s an honest assessment from the World Cup-winner and most certainly a fair one in light of Liverpool’s rise in recent years under Jurgen Klopp.

Of course, one might argue that Pogba’s club would have to become European and world champions first before they could consider themselves on “the same level”.

With injuries plaguing the squad, we’ve had to make do with a makeshift defence for a good portion of the season, in addition to missing key stars in Diogo Jota and Thiago Alcantara, which has been partly responsible for the Reds’ poor run of domestic results of late.

While United’s upsurge of form has catapulted them to the league summit, Sunday’s tie is the perfect opportunity – particularly considering the return of Thiago – for Klopp’s men to turn things around and make a big statement in their title defence.

The clash between the two sides is never a trifling matter – particularly so this weekend.

(Video) Unreal: Carra in absolute pieces on MNF as G-Nev picks Paul Pogba as ‘One to Watch’ in 2021 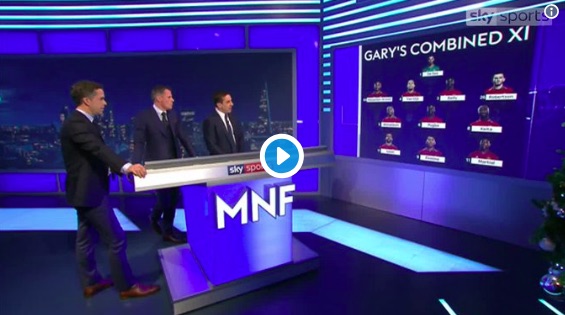