As we’ve come to expect, there were a few moments in the Liverpool v. Manchester United fixture that could be described as controversial – and several involved Red Devils captain Harry Maguire.

The centre-half notably hit the ground like a sack of spuds under slight pressure from Mo Salah, but midfielder Gini Wijnaldum has highlighted another incident on Instagram.

While the Dutchman seemingly hasn’t intended it (as he’s in the photo too), he’s got some Liverpool fans on Reddit talking about Maguire impeding Fabinho as a corner-kick was being swung in.

In the post below (which you can see for yourself here – skip to the third image), you can see the United captain with both his arms wrapped around the Brazilian, which obviously isn’t a fair way to defend. 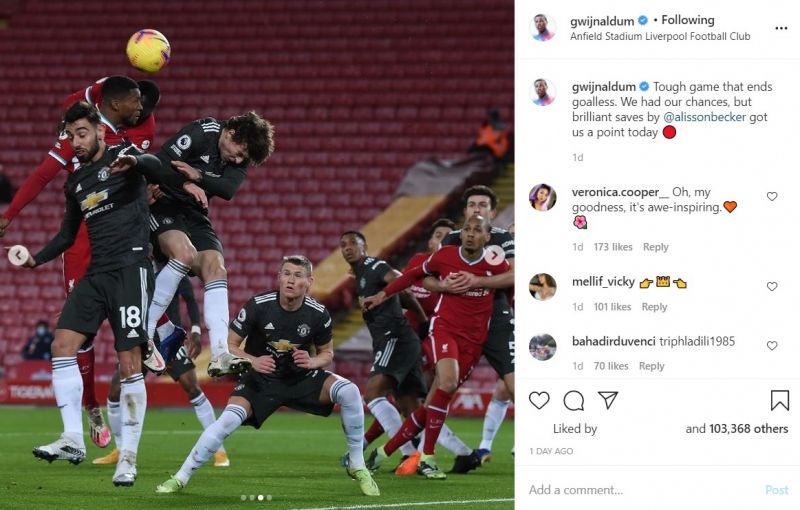