The refereeing has been plenty worse than Paul Tierney’s on Sunday evening, but that is a very low bar, in truth.

He blew up six seconds early in the first-half instead of allowing Sadio Mane a one-on-one opportunity, which was amateur – and we remember at the time this moment just making us laugh.

Both he and the assistant, who was right in front of it, considered this a foul from Mo Salah on Harry Maguire.

Maguire literally puts his hands behind him, starts grinding on Mo, before flopping forward to the floor.

Click this link, if the video above doesn’t load correctly. 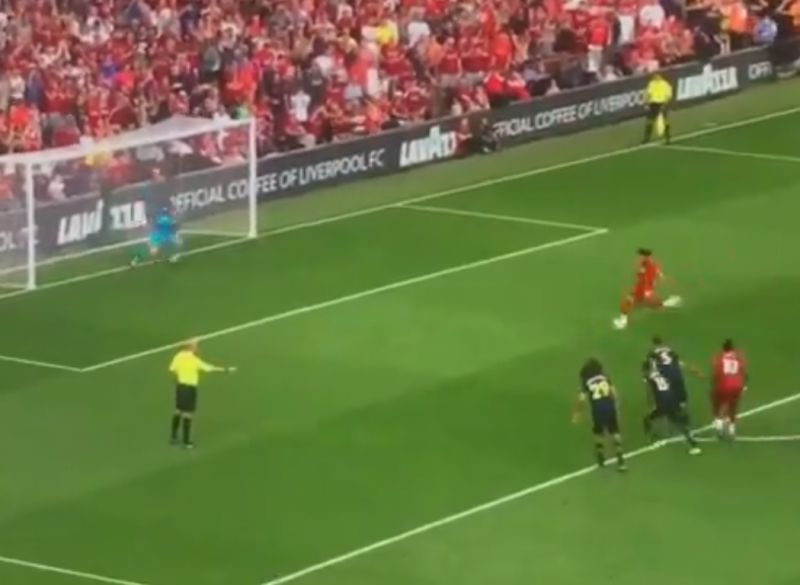