While Ian Wright and Alan Shearer were debating whether Edinson Cavani dived to win Manchester United a free-kick against Liverpool, Rio Ferdinand was on Twitter suggesting Fabinho should have been shown a red card.

Watching it live, it looked like a clumsy challenge from the Brazilian – one of several for the night – but upon further inspection it seems the Uruguayan did go to ground a little too easily.

But such is the nature of Premier League football in 2021.

Man United legend Ferdinand took to Twitter to call for Fabinho’s sending off for impeding Cavani, which ultimately led to the match-winning free-kick strike from Bruno Fernandes.

Fabinho surely getting a 2nd yellow there….?

The Brazilian was typically effective at the back but it was far from a vintage performance from our No.3, who made a number of clumsy challenges throughout the FA Cup tie.

We’re not sure Fabinho did enough to warrant a red card, mind you – and we’d suggest Rio needs to take his rose-tinted specs off – but he probably isn’t interesting in appearing impartial.

Whatever the case, it was well struck free-kick by Fernandes and it’s United who march on in the FA Cup. 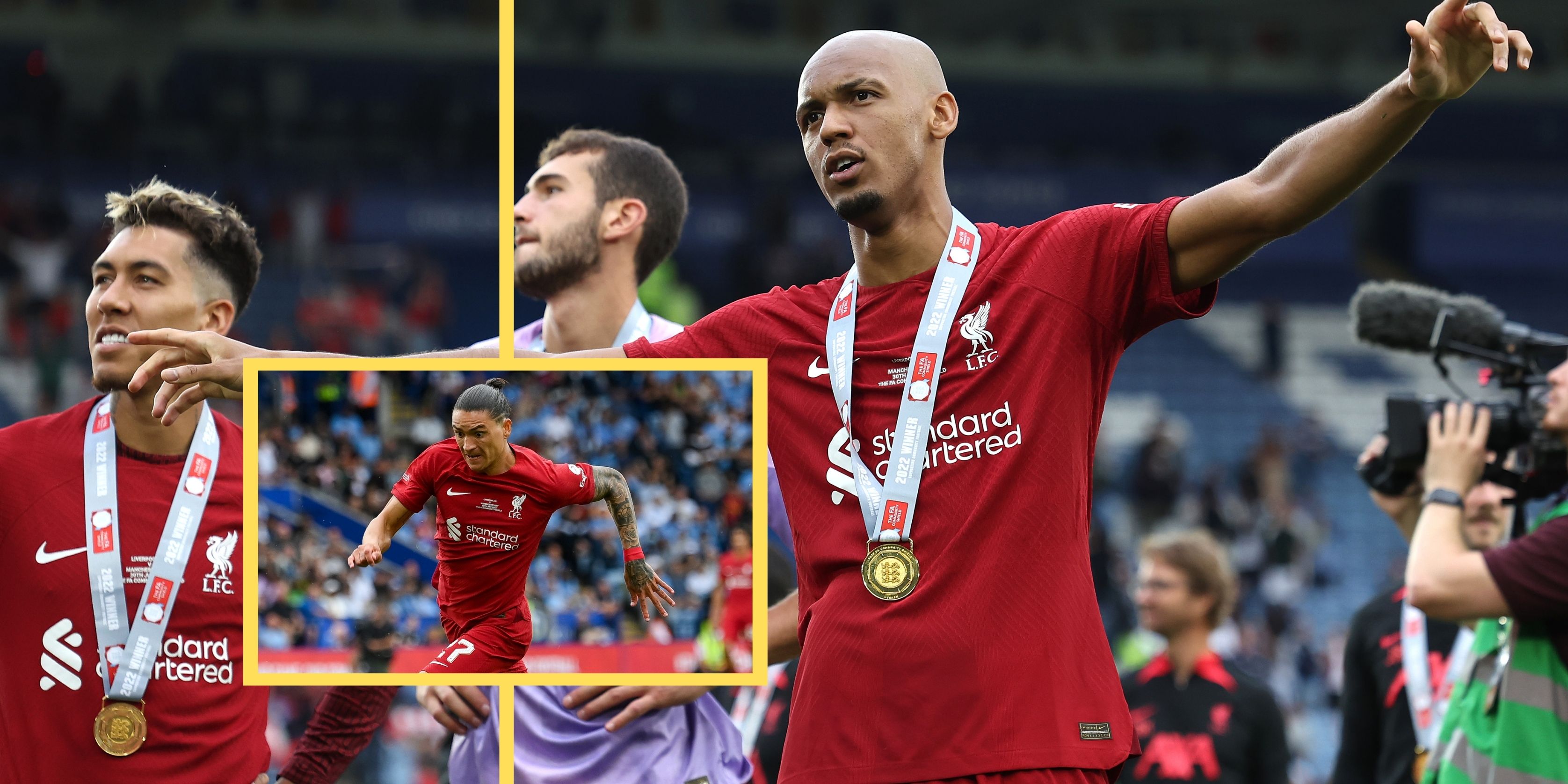