We liked the fact James Milner came into the side in the absence of Jordan Henderson v Manchester United.

He’s a true leader and set the example on the pitch. He’s also not afraid of telling his team-mates what he thinks and what they need to do – which we think has been lacking during our poor run.

Upon looking back at the footage of our 3-2 FA Cup defeat, we liked the manner in which Milner celebrates with Mo Salah after the opening goal.

Salah, like almost all our of our players, has endured a rough patch – and this nicely taken goal will have done him wonders.

Milner, skipper on the night, grabs Mo, gives him a loving slap and lets him know exactly how good he is!

Salah is on 19 for the season – and if we’re to find our feet again – he’ll need his shooting boots on.

The Firmino through ball 🤤
The finish from Salah 🤩 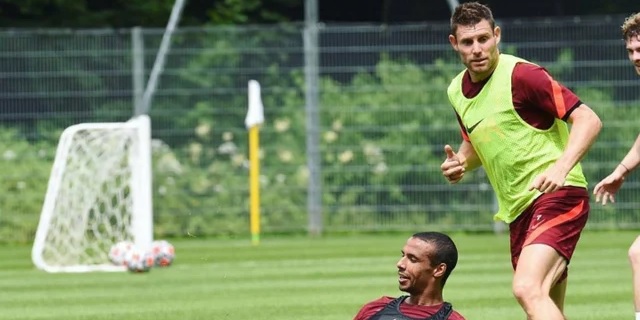