David Ornstein posted an update on The Athletic regarding Liverpool’s rumoured pursuit of Romain Saiss, asserting that “there is no truth” in such links.

Speculation began to mount after the Moroccan was not included in Wolves’ matchday squad for their 1-0 loss to Crystal Palace yesterday.

The 30-year-old, whose contract does expire this summer, was touted as a potential target on social media for Jurgen Klopp’s side, though it would now appear that the centre-half is not on the club’s shortlist as we approach the winter window deadline.

READ MORE: Liverpool could land Botman on the cheap due to dire financial straits of French football

It’s a signing that, on paper, would have made some amount of sense, however, it seems that Liverpool will continue the search before Monday, with the likes of Shkodran Mustafi and Aaron Long representing genuinely achievable targets.

With Fabinho set to miss the next couple of league fixtures, at the very least, and the exact timeline of Joel Matip’s injury layoff yet to be determined, we cannot afford to continue the season with our current options.

Skipper Jordan Henderson proved to be a solid stand-in for the Brazilian when called upon for our 3-1 victory against Tottenham but, realistically, we’d expect the side to struggle in the long-run without an experienced centre-back available.

You can see The Athletic journalist’s full update below: 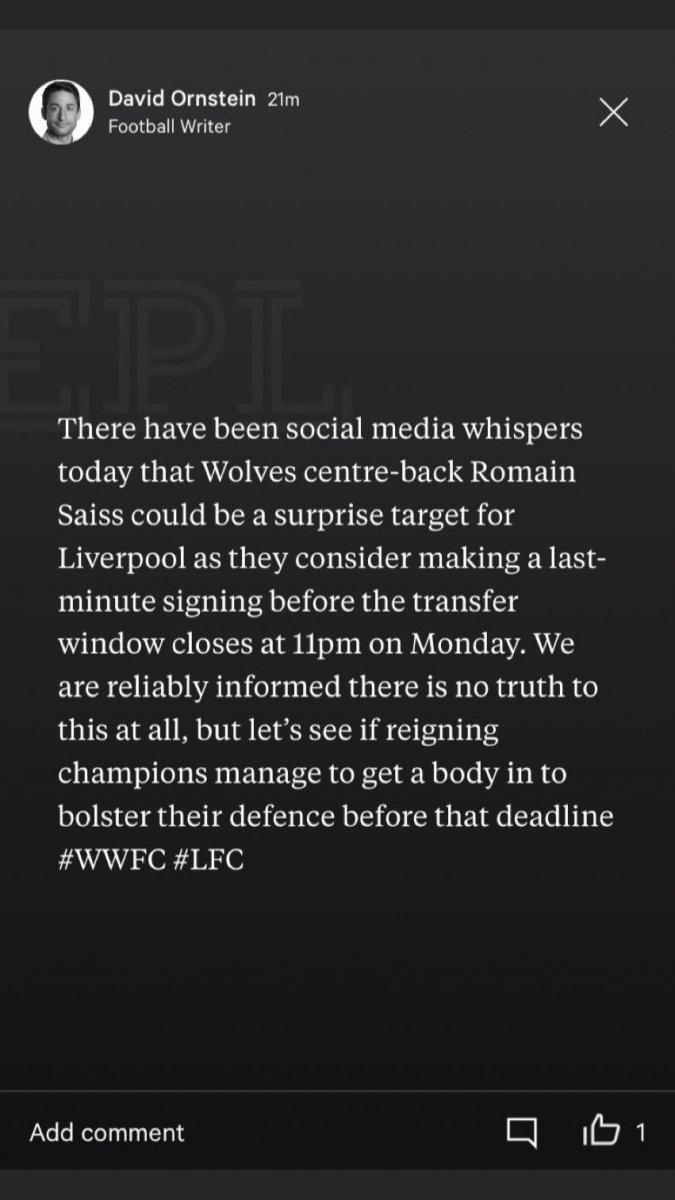