Excited Liverpool fans will have been somewhat disappointed with the club’s announcement of Ozan Kabak’s transfer last night.

The Reds dropped the news to celebrations, but there was a noticeable lack of media to go with the loan signing.

It turns out Kabak was still in Germany and has hopped on a plane destined for the North West this morning, with his arrival on Merseyside likely signalling new content for Liverpool fans to lap up.

As is the case with all signings, LFC TV are likely to do a photoshoot around Anfield with Kabak, including some video footage and a short interview.

Take a look at the Instagram post below of Kabak getting on his plane to the UK! 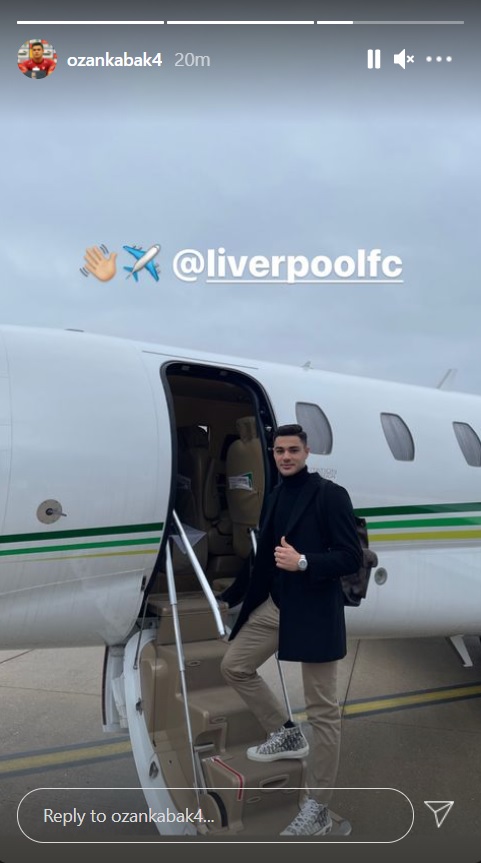 One response to “(Image) Ozan Kabak finally travels to Liverpool for photos, videos and interview at Anfield”