The Dutchman is still expected to sit out for a few more months as he edges closer to an eventual return, but he’s been keeping an eye on his team-mates.

After the resounding Anfield defeat, captain Jordan Henderson took to Instagram to share a rallying message to Liverpool fans.

‘Tough one to take yesterday,’ he started. ‘This is a time we need to stick together and get through this difficult period. Sometimes you can learn more from these times and we will give everything to change our current situation.’

Virgil, as if to repeat the skipper’s comments, shared the post on his story. 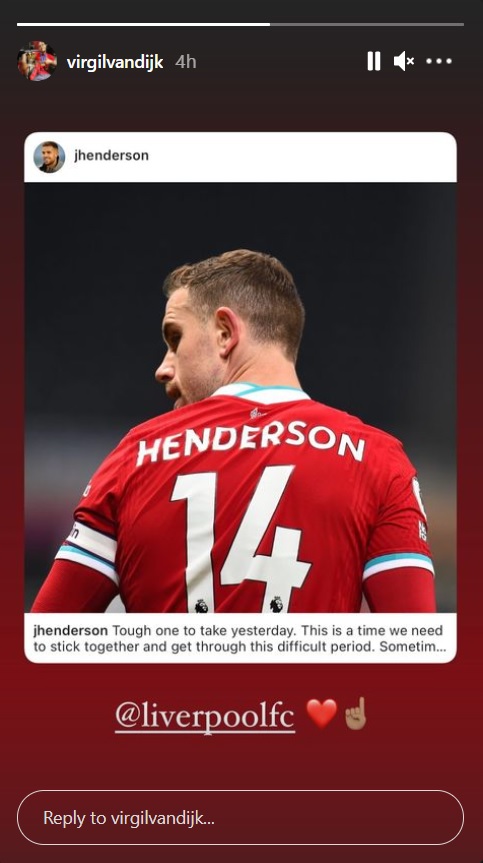