Jadon Sancho is becoming increasingly linked with a summer departure from Borussia Dortmund, with Sky Germany journalist Max Bielefield claiming that there is a 90% chance of the forward moving, as reported by Sport Witness.

Manchester United were considered pole favourites to bring the Englishman to the Premier League last year, though a move failed to materialise. 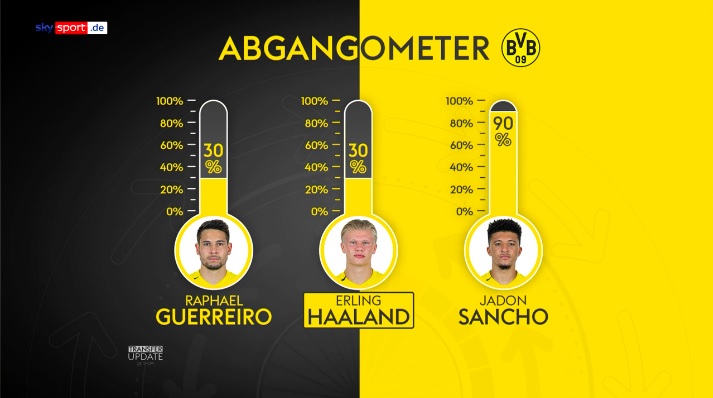 As things currently stand, however, if the mounting speculation around the 20-year-old’s Bundesliga future is to be believed, we could be seeing the former Manchester City youth prospect back in England relatively soon.

Liverpool were also identified as suitors, though the club settled for the likes of Diogo Jota and Thiago Alcantara as their major summer signings – a move that paid dividends for Jurgen Klopp, particularly as far as the former Wolves man is concerned.

Nonetheless, with the Reds’ front-three slowly approaching their 30s, some thoughts will inevitably be turning toward the future and the nightmare notion of what a forward line without Mo Salah and co. would look like.

Our difficulties up top this season arguably can’t be put down to the performances of our usual starters but rather as a symptom of our injury woes.

That being said, for £88m – as reports have suggested – Sancho would, we imagine, be out of the club’s price range come the season end.

One response to “Sancho 90% likely to leave Dortmund in the summer; could open door for LFC transfer – report”