The Frenchman, who has just agreed to sign for Bayern Munich in the summer, continuously gave the ball away and looked completely lost up against the speed and pressing of Liverpool’s front-three.

Upamecano is obviously a good player, but he had a night to forget, just as he did against Manchester United in the Group Stages.

Dave Maddock tweeted that the Reds and any other prospective buyers before Bayern won the race had dodged a bullet, which as a sentiment echoed by many.

The other central defender regularly linked to Liverpool from Rb Leipzig is Ibrahima Konate – but he remained on the bench throughout and is currently third-choice behind Upamecano and Klostermann.

Check out the tweets below:

Wouldn't be entirely surprised if he gave the ball away in treble figures, never mind double.

Think Liverpool – and rest of the English clubs apparently interested – have dodged a bullet there, with him going to Bayern 😬😬😬#LFC

Looking at it United might have dodged a bullet with Upamecano

Upamecano very suspect. Dodged a big bullet there. No wonder Werner was on fire and full of confidence, training against that bloke everyday. 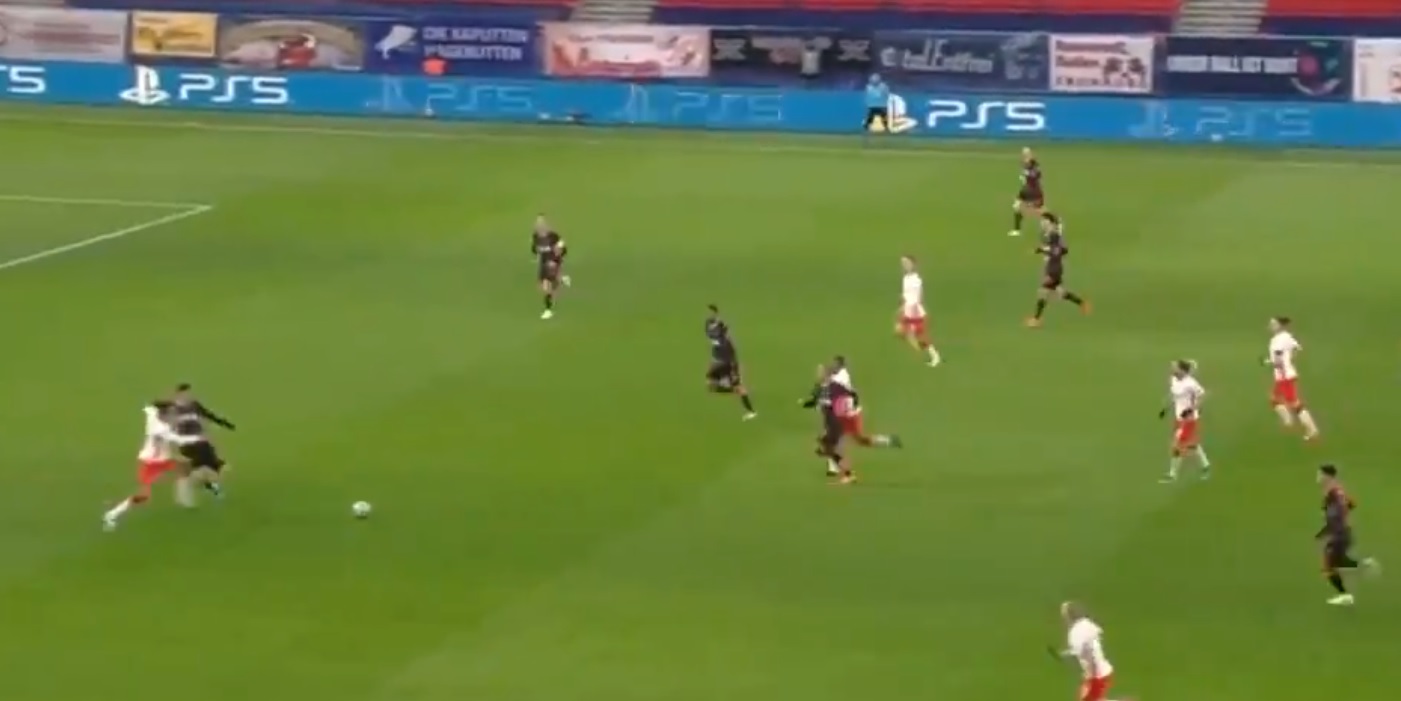 Liverpool undecided on whether they will move for Upamecano; Reds still face competition from two clubs