Believe it or not, we’re not a million miles away from seeing leaked images of the new 2021/22 Liverpool kits by Nike, with releases usually taking place late Spring.

But earlier this month were were given a big hint as to what one of the Reds’ new shirts may look like for the upcoming season.

As per this report by Footy Headlines, which credits the images below as official, new Liverpool FC branded face masks have dropped to celebrate Chinese New Year, and there’s a red one and one a shade of off-white.

Earlier this year, it was also reported the Reds will have a ‘black and fossil’ away kit next season, which is alarmingly close to the second newly released face mask.

Take a look at the images below (including a concept design): 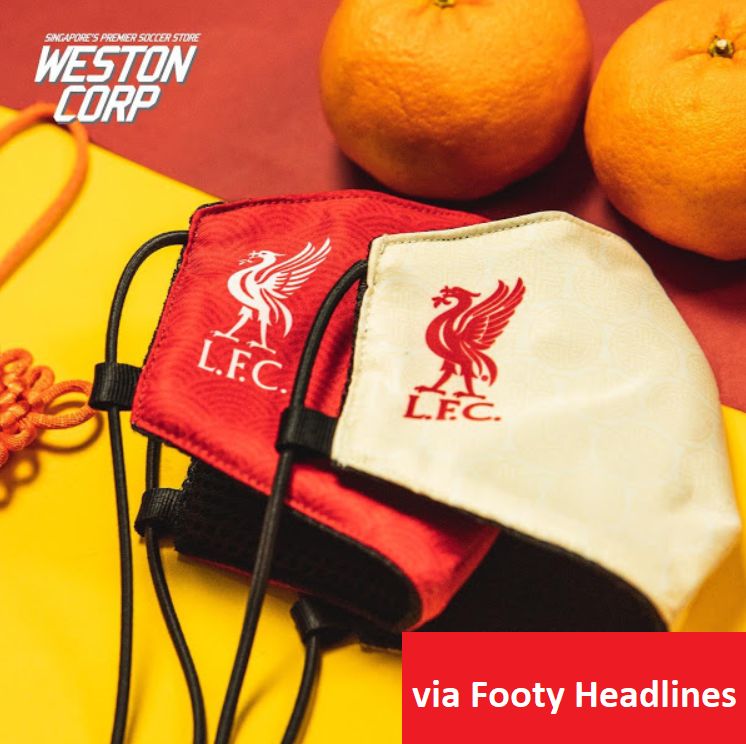 UPDATE: from what I understand, the shorts will be black and fossil(ecru) for the away kit 21/22.