Liverpool’s chances of securing wonderkid Jamal Musiala have probably taken a hit given that the 17-year-old has just decided his international future lies with Germany and not England.

The Bayern Munich prodigy, who lived in England throughout his childhood and represented England at five different age groups, has been convinced by Germany for full international honours.

🚨 Rising star Jamal Musiala has declared to represent Germany ahead of England at international level. In an exclusive interview with @honigstein for @TheAthleticUK the 17-year-old Bayern Munich midfielder (formerly of Chelsea) explains why #FCBayern #CFC https://t.co/G9PELw41Wm

Musiala was born in Germany and lives there now and clearly thinks now he’s starring for Bayern, it’s a better fit.

Liverpool were linked to Musiala in the Telegraph in January, given he has yet to extend his Bayern deal – but the likelihood is he’ll put pen to paper upon his 18th birthday in a few days’ time.

Last night, Musiala scored in Bayern’s 4-1 hammering of Lazio in the Champions League quarterfinal first-leg, confirming his reputation as one of the most promising youngsters in Europe.

Of course, we already have our own potential superstar playmaker on the books in Harvey Elliott.

The teenager is currently with Blackburn Rovers in the Championship, and enjoying a terrific campaign.

Liverpool pursuit of Bayern wonderkid under threat after contract update 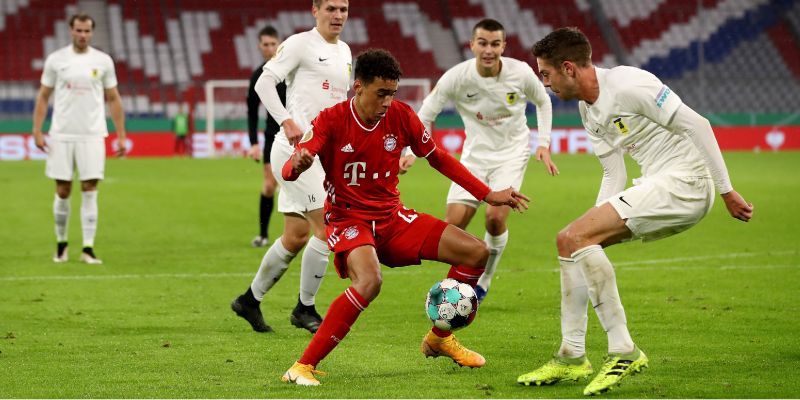