Liverpool and Chelsea have a free run at Sevilla centre-back Jules Kounde, according to the Express.

Their reasoning is that Manchester United don’t want to pay his £68m release-clause, a fee Liverpool and Chelsea have not yet declared too dear.

22-year-old Kounde has starred for Sevilla this term and along with the likes of Dayot Upamecano and Ibrahima Konate, is regarded as one of the most promising young defenders in Europe.

Interestingly, all three of those just mentioned are French.

Liverpool’s need for a new centre-back is enormous. In January, we acquired Ozan Kabak and Ben Davies, but the former is only 20 and on loan, while the latter hasn’t played a single minute yet as doubts regarding Jurgen Klopp’s opinion of his ability circle.

Next term, we’ll have Virgil van Dijk, Joe Gomez and Joel Matip back, but this season has taught us we obviously need an elite centre-back to come in as a genuine starting option. 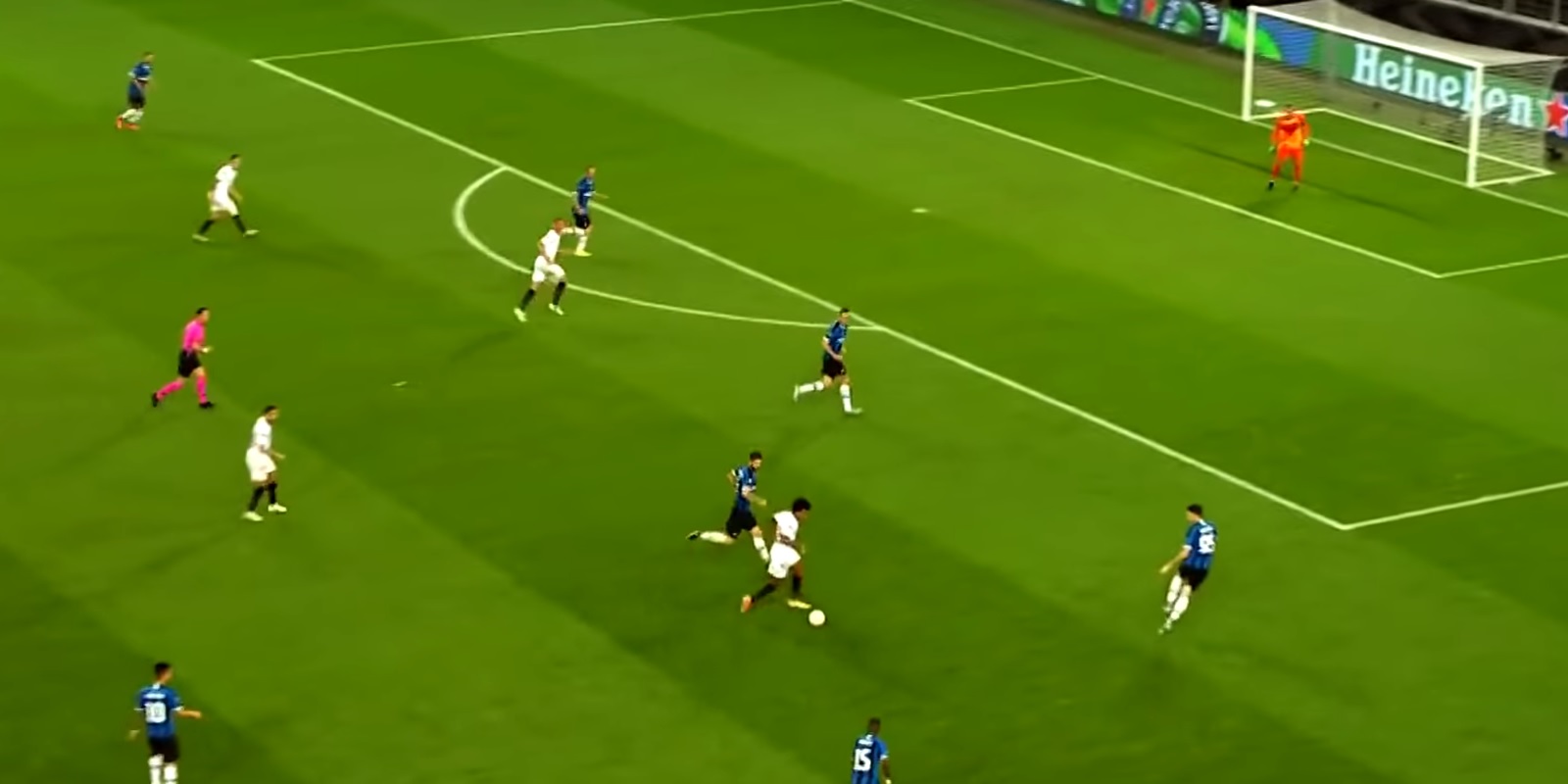