Liverpool youngster Jack Bearne’s season is over after picking up a ‘frustrating’ training injury.

In a post to his story on Instagram, the teenager revealed he’s had two surgeries to repair ligament damage, and has vowed to come back stronger next season.

Bearne has been with the Liverpool U23s this term, overseen by Barry Lewtas, bagging three goals in 11 Premier League 2 games along the way.

The winger will be close to turning 20 when the new campaign starts, and if he performs well enough he could be within a shout to feature for the senior side in pre-season. 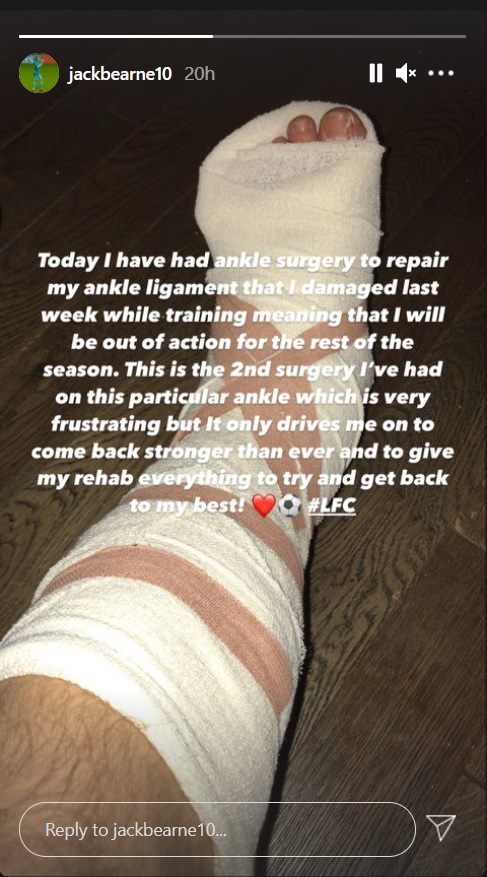