All Liverpool fans will remember John Arne Riise as the swashbuckling left-back with the world’s most vicious left-foot.

If Andy Robertson could put his foot through a ball like Riise, the Scot would be on double figures this season – considering the number of times he’s made it into the box in a shooting position!

Riise has remained a Liverpool fan since his departure in 2008, following seven exceptional years at Anfield.

As a result, he’s brilliantly placed to discuss some of the issues Liverpool are facing right now.

Jurgen Klopp’s Reds are in eighth place in the Premier League, but spirits are generally high following our progression into the Champions League quarterfinals.

“It’s been a tough year on many levels,” Riise, who actually went on to represent seven other clubs since leaving Liverpool, began.

“Injuries to key players has obviously been the toughest thing to accept. Having injuries is part of the game, but when you have so many, and to key players – it affects the team.

“You lose your style! Relationships between the players disappears. And then you have to use players in positions they are not used to…

“So yes, it’s been tough to watch. But there are other things that have caused this period of bad results as well. I think tiredness, especially mentally. Players always give 100%, but sometimes the body and mind is off. Only thing we can do is work hard. Keep believing in our ability. And things will change for sure.”

For the first time in his Liverpool career, Klopp received criticism from the media and even some fans, especially following our sixth Premier League Anfield loss on the spin against Fulham on Sunday.

There were suggestions Klopp would look to leave and take the Germany job, but thankfully he quashed them before the Rb Leipzig win on Wednesday, which delighted Riise.

“He is the man,” Riise continued. “Nobody else suits Liverpool better than Klopp. I’m not worried he will leave. I love him and love how he is as a coach and a person.”

We’re obviously over the moon Klopp’s short and long-term future is with us, but there have been some questions around what we can do tactically to stop the rot.

Fabinho’s return is huge, and will provide the young centre-backs added protection, but in previous defeats we’ve been easily attacked via a simple long ball into the channels.

“In my opinion, I think maybe, because of all the injuries and different type of players playing centre-back, we shouldn’t have played such a high line,” Riise explained.

“The players that have stepped in do not have the pace that Virgil van Dijk or Joe Gomez have. And the opponents know that… So they stay deep, compact and wait to counter attack with pace behind our defence – that is missing key players. But again, this is only my observations.”

Riise is right, of course. It’s been an issue in 2021 but our performance in the Champions League will hopefully be a blueprint of how we ought to and will continue until the summer.

The defence was solid, the midfield compact and the frontline dynamic.

That being said, we will still need some enforcements before next season – and there is one man Liverpool fans would choose above any other: Erling Haaland.

“If it’s possible and we have the funds, sign him!”

We’d love the striker, but like Riise, don’t know if it’s financially possible. Qualifying for the Champions League would help, but to do that, we’ll need to basically win every remaining league fixture or the European Cup itself!

It’s been a year to the day since Liverpool last enjoyed playing in front of a packed Anfield – which is something we’ll most likely be able to enjoy next season rather than this.

“Anfield with and without fans is two different things,” Riise said.

“I miss seeing the fans there and miss being there myself.”

You and us both, John!

Perhaps if we make it all the way to Istanbul, laws will allow thousands of Scousers to fly over to Turkey for the spectacle – but we probably shouldn’t get that ahead of ourselves! 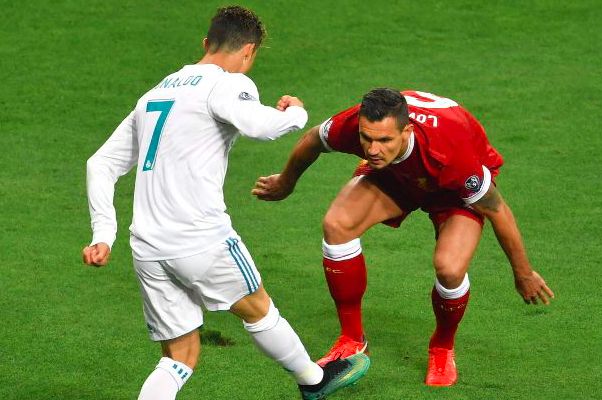