New Liverpool signing Ben Davies has played his first match for the Reds. Kind of.

The centre-half was picked to play for the ‘black team’ against the ‘red team’ in a behind-closed-doors eleven-a-side clash.

Taking to Instagram shortly after the game, Davies shared a photo of himself wearing a Liverpool kit.

Williams responded with a comment, which said ‘Pop sesh’ as the defenders seem to be getting on well behind the scenes.

Take a look at the screen grab below. 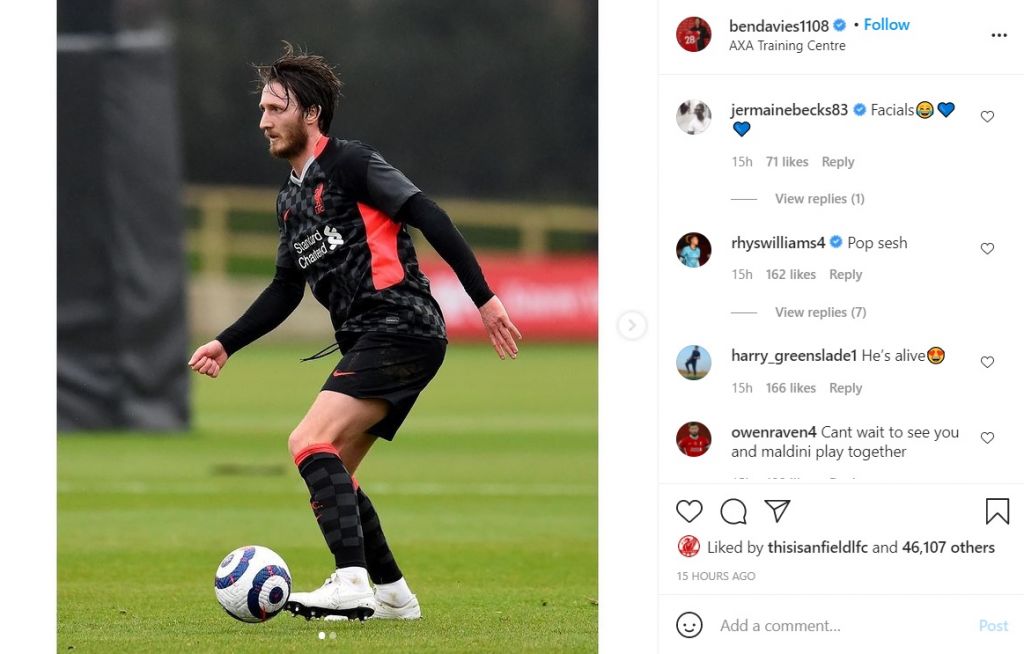