It can’t be easy being compared to all-time greats like Pele and Neymar aged just 16, but that’s the hype that surrounds Angelo Gabriel, Santos wonderkid.

The attacker is Santos’ youngest ever player and and the youngest to ever feature in the Copa Libertadores as well..

In that game in the South American equivalent of the Champions League, Gabriel tore a Venezuelan apart with endless take-ons and he’s been the talk of Brazil ever since.

Liverpool have been credited with an interest for some time, but now it’s been confirmed by Jorge Andrade, a Santos director.

“Angelo is a boy who has been growing, developing and (the scouts) are certainly watching him,” he said, per Radio Bandeirantes.

“Not only Liverpool but other teams in the European market as well.”

Santos make a fortune by offloading their best talent to Europe.

Gabriel is of this ilk, so it would be require a big risk by Liverpool to splash out on him at such a young age – considering he wouldn’t be allowed to move here until his 18th birthday anyway.

We’d suggest the likely figures involved make it unlikely – but time will tell. 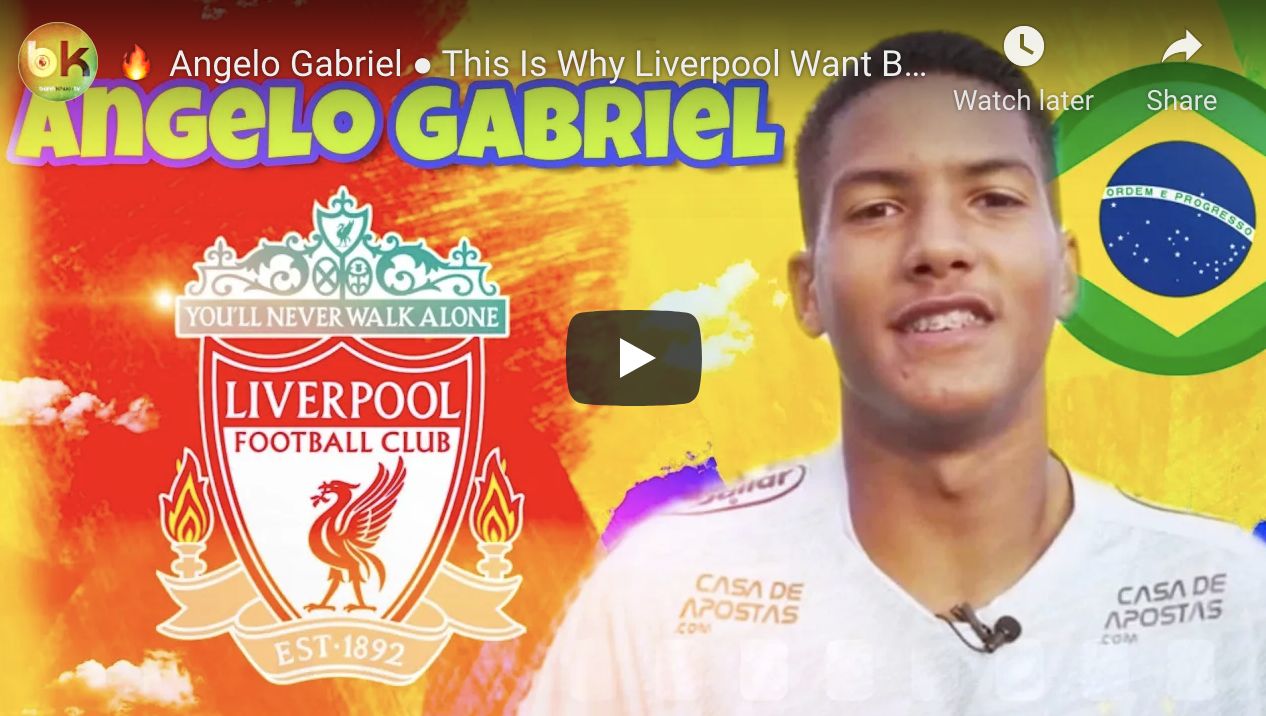