Linda Pizzuti, wife of principle owner of Liverpool FC John W. Henry, has criticised VAR after a controversial decision in the Reds’ 2-1 win over Aston Villa on Saturday.

Diogo Jota’s elbow was adjudged to be in an offside position in the build-up to what appeared to be a legitimate goal by Roberto Firmino.

Taking to Instagram shortly after the full-time whistle, Pizzuti shared a screenshot of what was displayed on Sky Sports when the VAR incident was being discussed, with the caption ‘Shadows over VAR‘. 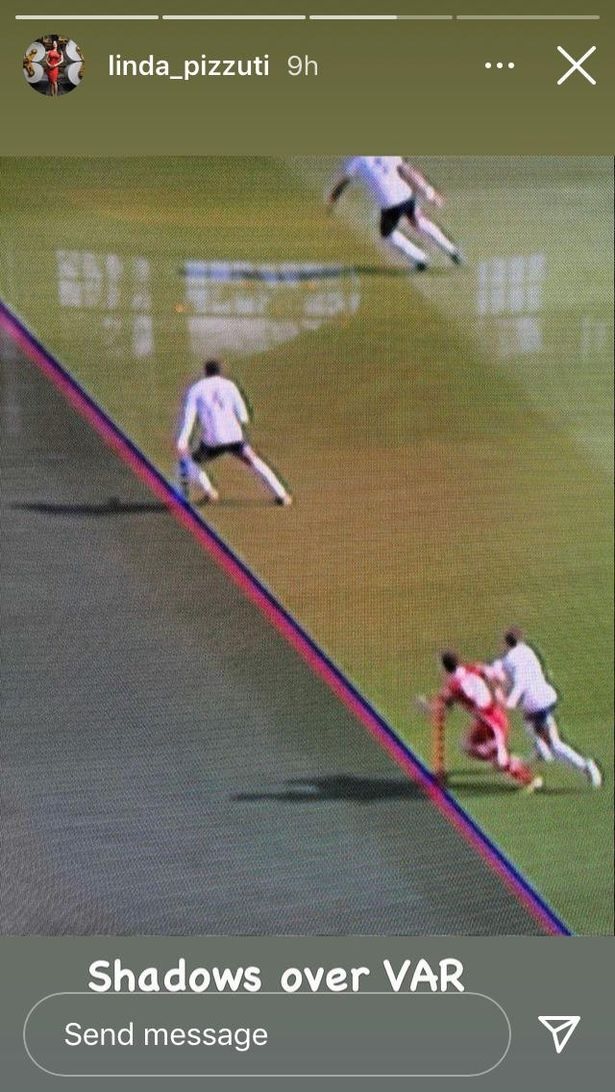