The Premier League season is racing towards its conclusion and Liverpool are six points from claiming a fourth-place finish, with just four games left to play.

But the Reds have found a bit of form of late – while not the most convincing, three wins and two draws from the last five games isn’t too bad, relative to the rest of the year.

The stat-savvy people over at FiveThirtyEight have predicted what the final league standings will be, and it’s suggested Liverpool will miss out on top four by a single point.

Take a look at the breakdown below, via GiveMeSport… 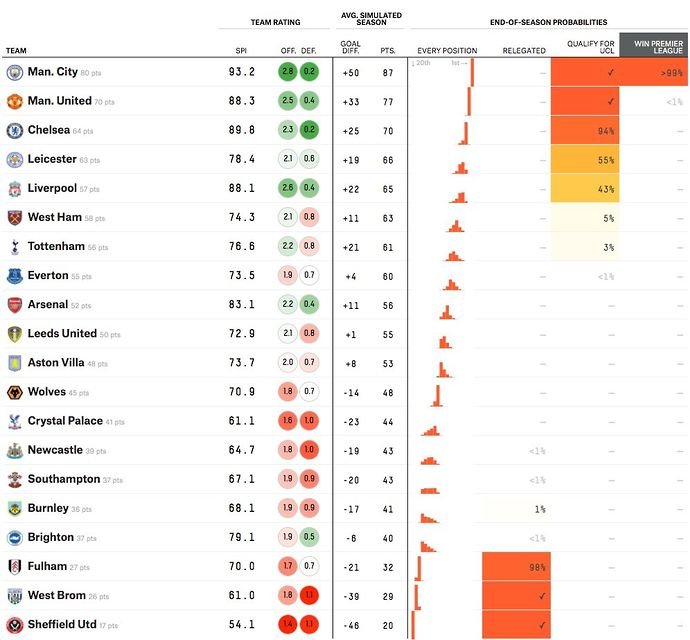 While the statistics provided are just a prediction, it’d be an unwelcome end to the season for Liverpool.

Like many other teams, it’s been a tough time for the Reds, especially with the notable absences of Virgil van Dijk, Joe Gomez and Joel Matip for much of the season.

But we at Empire of the Kop will continue to back Liverpool until the final whistle blows against Crystal Palace at Anfield next weekend.

With a game-in-hand on Leicester City as it stands, the Reds will move to within three points of fourth if they can claim a win at Old Trafford this week.