How the pandemic changed football

Ever since March 2020, when we entered a global pandemic, things have not been the same. Countries all over the globe entered lockdowns along with implementing social distancing and mask rules.

The world has been a different place, and football has been no exception. Sport as a whole has been massively impacted by the pandemic and resulting restrictions.

It was the first time since the start of World War II that football had come to a dramatic halt. Some leagues suspended play and held out for a possible restart, whereas many others either declared the season null and void (such as England’s non-league set-up) or ended the season as the table stood (such as France and the Netherlands).

Football was no longer on our screens and the gates were no longer open, with nobody having any real idea when the next time we were going to see a ball kicked.

Financially speaking, clubs from the top end of the spectrum to the bottom have suffered as a result of no fans in the stadium and no football on television. With staff having to be furloughed as well as loans and government aid being taken to help survive the crisis.

April 2020 was likely the strangest month in sport that any of us have ever experienced. But by May, football started to return – sadly, behind closed doors. 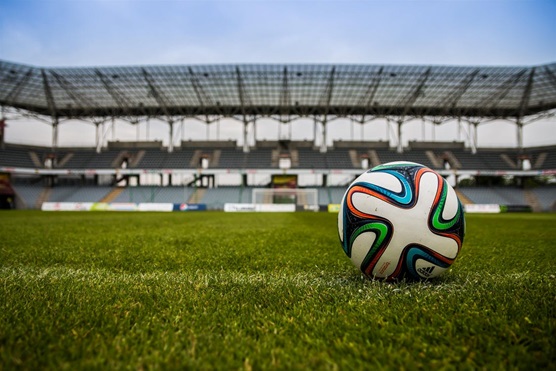 A return to normality

As football got back underway, it was a totally different atmosphere. Suddenly the noise that has so often changed games was gone or artificial crowd chants were added to create a surreal viewing.

At the time of football’s suspension, it was drawing close to the end of the season and several huge games were set to kick-off. Such big games without fans just didn’t feel as big anymore when being played in an empty stadium.

Liverpool fans had waited thirty years since they last won the league and unfortunately the league title was clinched and lifted without the famous red’s fans in attendance. For a club like ours, or any team, as a matter of fact, lifting the Premier League trophy without your supporters is going to be a bizarre celebration.

In recent months after some troubling times on the British Isles, the UK has a lot to be optimistic about. Restrictions have been reduced and numbers have stabilized at the time of writing, meaning the country is now easing its way back to normality.

One of the positives to come from this is taking place at Anfield. It was recently announced that for Liverpool’s final game of the season against Crystal Palace, 10,000 fans will be allowed to enter the stadium as the club fights for a place in the Champions League.

With only a limited number of places available, the club has made tickets eligible only for season ticket holders and official members for the time being.

It is believed that a COVID-19 test is not mandatory but highly recommended and a health declaration form must be submitted 24 hours prior to entry.

This signals the hopeful return of singing supporters and all being well, the return to the sport we love in all its glory. It is a preview of what to expect at this summer’s Euros as fans prepare to re-enter grounds all across the continent.

Not just in the terraces but on the pitch, fans have a lot to look forward to with a lot to be decided to come the end of the season as well as the Euros just around the corner.

With loads of football still to be played and much to be decided, there will be plenty of top betting opportunities to make the most of.

Placing a bet in the UK is very popular, with many fans of football trying their luck most weeks in guessing football results in a variety of ways such as winning team, number of goals etc. Most major sportsbooks now also have a mobile betting app, making it even easier for punters to place sports bets whenever and wherever they like without having to make a trip to the nearest bookies. Discussions about the upcoming Euros and who will win are already happening as eager fans set to place their early bets.

Despite the lack of fans in the stadium, football betting has not slowed down. Brits love the chance to snap up some cash as they look to predict the outcome of the game they have followed ever since they were young. 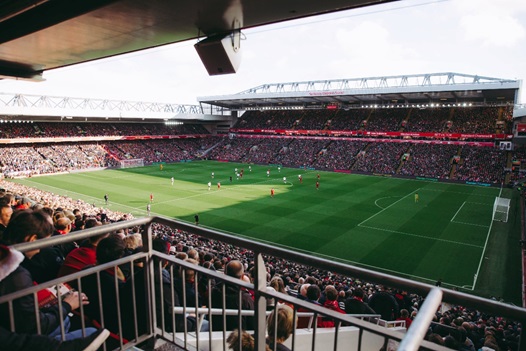 The future of football is hopeful

For what has felt like forever, football appears to be on its way back. Throughout these times, football’s impact on society has proven to be critical and was one of the major positives when it first came back with fans eager to watch any ball being kicked, whether it was the Bundesliga or K-League.

The famous quote ‘football without fans is nothing’ has never been so true as games were played out in silent empty stadiums. But now things are moving back towards the way they are supposed to be, albeit not quite full capacity with no restrictions.

For those lucky 10,000 who get to attend Anfield, they will represent a huge moment in the sporting world. Liverpool whose fans have pushed the team onto victory on so many occasions will be welcomed greatly by the Liverpool players and staff as they look to finish the season strong.

With fans back in the stadiums, lots of football to come throughout the summer, and so many exciting games to place your bets, there is so much to look forward to. Let’s hope that the next time Liverpool lifts the Premier League trophy, it’s in front of those who make Liverpool Football Club what it is today — the fans.