Liverpool, as ever, are being linked with a host of exciting players this summer.

Atypical of the Reds, one new transfer is already over the line, with a deal to sign Ibrahima Konate agreed upon before the window opens.

Two other names that have been floating around are Patson Daka and Youri Tielemans – with Liverpool struggling to find goals at times last season, and Gini Wijnaldum set to sign for PSG, it’s not hard to see why the duo are frequently linked.

According to Spanish outlet Todofichajes, the Reds are set to sign Daka, while Belgian outlet Het Nieuwsblad claims Tielemans is ready to quit Leicester City for Anfield.

We at Empire of the Kop would suggest securing the aforementioned duo, to go with Konate, would be a brilliant summer for Liverpool.

So much so, we’ve got a little excited about the prospect and put together a hypothetical starting team with the three of them included.

For the sake of argument, let’s assume Jurgen Klopp is wanting to give Jordan Henderson, Joe Gomez and Thiago Alcantara a break and is trying to experiment with his attacking options…

Take a look at our hypothetical XI below – created using buildlineup.com. 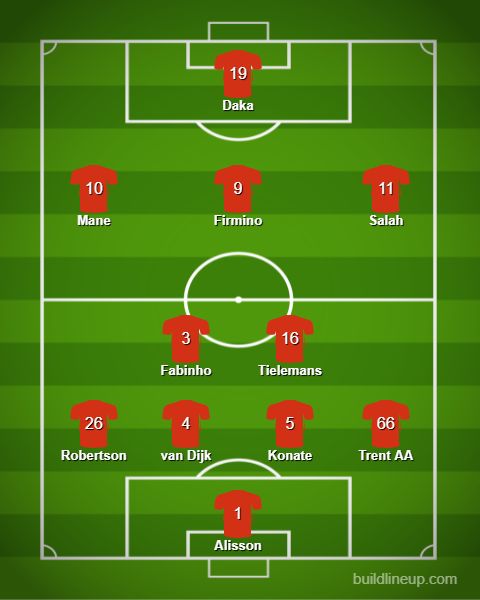