Jack Grealish posted a picture of himself and Jordan Henderson to his Instagram story, joking that the midfielder was “like my mom”, as the Liverpool captain was captured helping his teammate straighten his tie.

The Aston Villa star earned a call-up to the England squad for his excellent performances this term with Aston Villa, with the national side set to play their opening European Championship tie against Croatia this afternoon.

There have been tentative – ‘tentative’ being the operative word – links between the 25-year-old winger and the Reds, as Jurgen Klopp is thought to be keen on adding a new forward to his ranks at Anfield.

Though we at the EOTK certainly admire the player’s ability, it’s not a transfer we could see happening – certainly not for the astronomical figure being touted!

Nonetheless, it’s pleasing to see our skipper demonstrating his leadership credentials in even the smallest of ways in this adorable moment with his fellow England teammate.

You can catch the photo from Grealish’s Instagram story below: 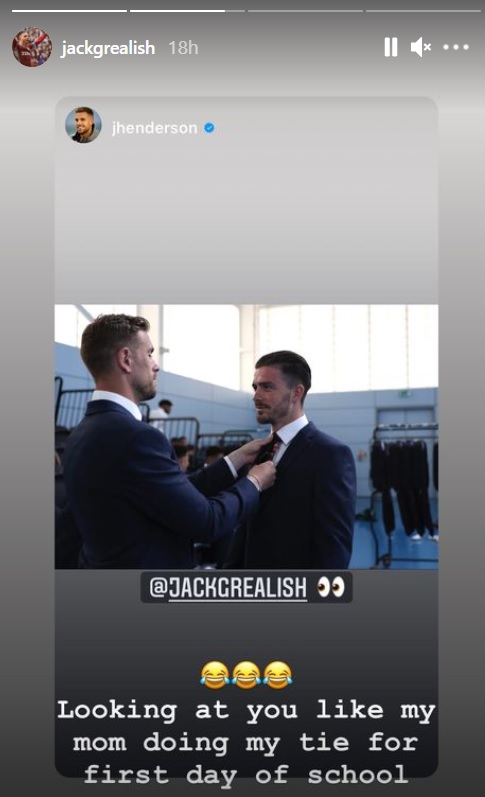