Back in 2015, Memphis Depay was about to sign for Liverpool, until the club decided to focus on Christian Benteke instead…

The story in the Athletic sums up the odd transfer approach that often defined the period Brendan Rodgers was in charge – under the infamous transfer committee – that actually ended up being something Jurgen Klopp had no problem with – to great benefit.

Here’s how they tell the tale:

In the spring of 2015, Brendan Rodgers invited him to his house in Formby. Liverpool were willing to spend £25 million plus add-ons. Tottenham had approached Liverpool about the availability of Adam Lallana and his sale would, in theory, fund some of the fee.

“The contract would make him one of the highest-paid players at the club, beside Daniel Sturridge and Philippe Coutinho,” a Merseyside-based source tells The Athletic. “Brendan wanted Coutinho to take a more central role in the team and play Depay off the left. He saw his long-term future as a centre-forward. It looked like everything was agreed.”

Depay liked Rodgers, who made him feel relaxed and confident about himself. “It was as good as sorted,” Depay confirmed in his book with Zwartkrius. “The discussion went well. Liverpool’s offer was great, too. There were no problems at all.”

Sources close to the player suggest Liverpool’s approach was confusing. “They had told Memphis he was their first choice and this made him feel great — he really wanted to go. His mind was on Liverpool; a historic club with big ambition. Depay had seen how close the team had gone to the title (in 2014). The atmosphere at Anfield was incredible. But suddenly, the message was different and he started to have doubts.”

Depay failed at United, but that was largely because of how he was managed by Louis van Gaal.

At Lyon, he’s proven his class over the past few years and he’s expected to sign for Barcelona on a free this summer.

We think he’d be quite a handy option for Liverpool – and would certainly provide competition in the front-three. Depay can play on the left or centrally – providing competition for Sadio Mane and Roberto Firmino. 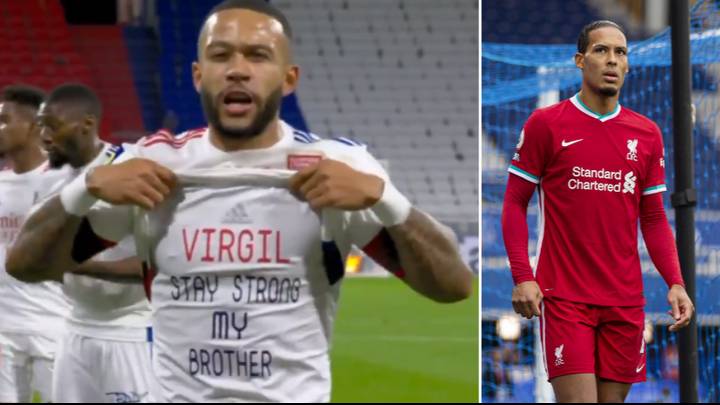