Reports linking former Liverpool boss Rafa Benitez with the managerial role at Everton have inspired dismayed reactions in some sections of the Toffees’ fanbase.

A couple of banners were left outside Goodison Park in protest against the Spaniard’s potential appointment to the vacant hot seat, one of which contains an expletive-laden message to the Champions League-winner.

According to The Athletic, the 61-year-old is currently at the top of the pile of candidates to take over from Real Madrid-bound Carlo Ancelotti.

Given the ex-Real Madrid coach’s relationship with Jurgen Klopp’s side, having led the club to a famous victory in Europe’s premier competition in 2005, it’s a rather strange move to take a position at one of the Reds’ main league rivals.

Given his ties to the city – not to mention all the charitable work Rafa and his wife have done – it’s a decision most Liverpool fans would probably forgive him for, though one Farhad Moshiri may come to regret, if the banner protests are anything to go off of.

Should similar protests follow, the Everton owner may very well opt to change his mind on a potentially highly unpopular managerial appointment.

You can catch the banners below: 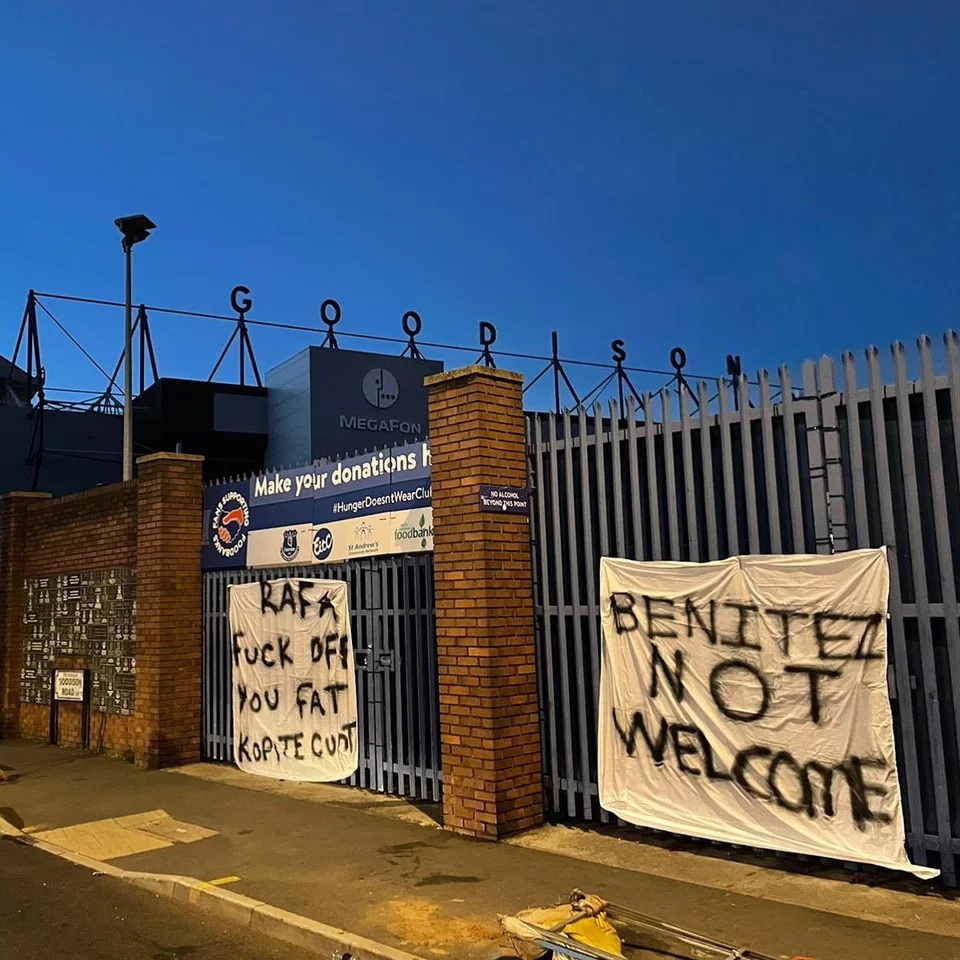 Liverpool are ‘not ruling out a move’ for 21-year-old Benfica star with ‘£106.5m release clause’