Joao Felix has urged Portugal team-mate Renato Sanches to join him in Spain at Atletico Madrid.

Taking to Instagram, the forward jovially suggested the midfielder should pack up his bags at Lille and make the move to the Spanish capital. 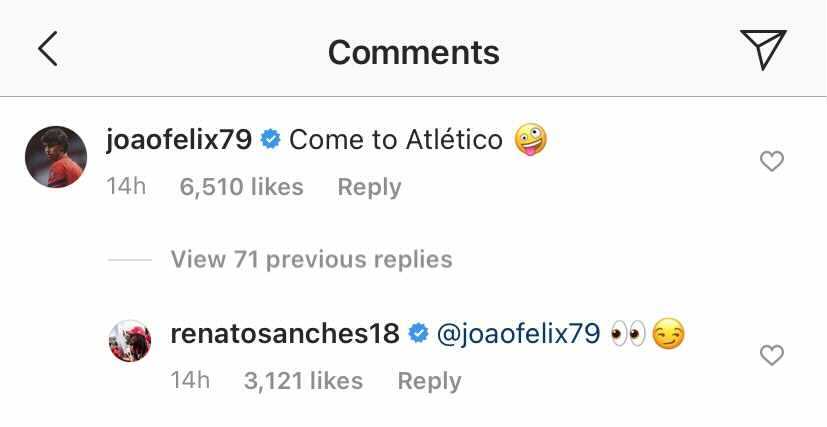 Sanches turned heads at Euro 2020 this summer, despite holders Portugal going out of the competition at the round of 16.

Liverpool have been heavily linked with a move for the midfielder of late, with the ever-reliable Neil Jones, of Goal, stating he’s one of several promising central players the Reds are keeping tabs on as a potential Gini Wijnaldum replacement.

Felix’s jovial attempts to lure Sanches to Atletico Madrid are seemingly futile as Rodrigo De Paul looks almost certain to be swapping Udine for the Spanish capital this summer.